After a year away from football, Pep Guardiola announced he will make a return to management, but the 41-year-old did not make any comment about where that return could take place.

Paddy Power’s market on the subject suggests that Guardiola could be bound for the Premier League or the Bundesliga with several of the shortest prices being attributed to English clubs.

Chelsea are the joint favourites, which will come of little surprise, given how precarious the position of the Blues boss can be, let alone when you’re an interim manager like the current occupier, Rafael Benitez.

Guardiola is made a 5/2 (3.50) shot to move to Stamford Bridge, a price which seems to take into account the temporary position of Benitez’s role.

Although the Spaniard may have improved results compared to the end of Roberto Di Matteo’s tenure, Roman Abramovich would surely be interested in bringing in a coach who has often been linked with a move to west London.

Speaking of managers in precarious positions, Roberto Mancini could easily fall into that category if he fails to defend the Premier League crown.

A group stage exit from the Champions League combined with falling well behind rivals Manchester United in the title race and on-going issues with high-profile players such as Mario Balotelli, mean there could be a vacancy at Etihad Stadium in the summer.

Paddy Power price Manchester City as a 9/2 (5.50) chance to be Guardiola’s next job.

Bayern Munich are joint favourites in the betting priced at 5/2 (5.50) together with Chelsea.

While that price may seem short for Guardiola to replace Jupp Heynckes, who has overseen a blistering first half of the Bundesliga campaign, the German boss has hinted that he intends to leave Allianz Arena in the summer when his contract expires.

Arsene Wenger has his doubters too, but his position is seen as much more secure than the likes of Manicini or Benitez.

If the Gunners board are intending to back their man in the January transfer window, it would take a drastic change in results for the Frenchman to make way for Guardiola on such a short timescale, a change which is available to back at 9/1 (10.0) with Paddy Power.

A move to the red half of Manchester is made a 11/2 (6.5) shot by the same firm but with Sir Alex Ferguson seemingly intent on continuing his time at the helm of Old Trafford, that is a move which is unlikely to be made this summer making the quote an unattractive one in light of Guardiola’s desire to return to management in six months’ time. 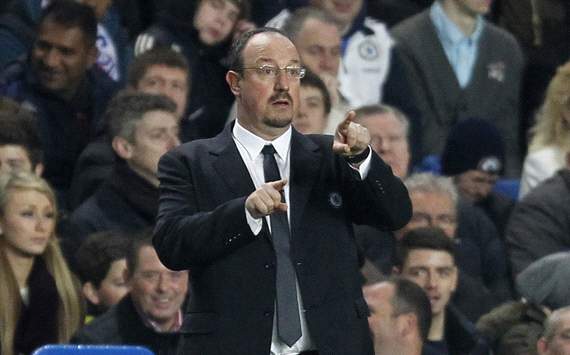 A number of big prices then follow in a market which is dominated by big names from the Premier League.

AC Milan (16/1) may be struggling to make an impact under Massimiliano Allegri, but considering their financial plight, it seems unlikely they would be able to match the financial offering of the likes of Manchester City or Chelsea.

One club who could certainly make Guardiola a tempting offer are Paris Saint-Germain. They’re available at 20/1 (21.0) to be Guardiola’s next club, but with Carlo Ancelotti having secured a place in the Champions League knockout stages as well as leading his side into the winter break on top of Ligue 1, such a move seems a long way away.

Anzhi Makhachkala, Inter Milan and Juventus are all available at 25/1 (26.0) but at this juncture it seems that the 41-year-old Spaniard, who led Barcelona to three La Liga titles and two Champions League victories looks destined for a Premier League role.

Jim Knight is Betting Editor at Goal.com and has been tipping football games since he was old enough to place a bet. He is a Leicester City fan, writer and member of the We Are Going Up Podcast
Follow Jim on