Arsene Wenger’s long reign at Arsenal hit what was arguably its lowest point on Tuesday when the Gunners were knocked out of the Capital One Cup by League Two side Bradford City.

The defeat led to renewed questions regarding the relationship between Wenger and his new assistant, Steve Bould. Reports claimed a rift between the duo, with Bould’s separate defensive training sessions supposedly having been stopped.

Wenger, though, denied the accusations when he faced the press in the wake of Arsenal’s elimination and insists that he and Bould are part of a “united staff”. 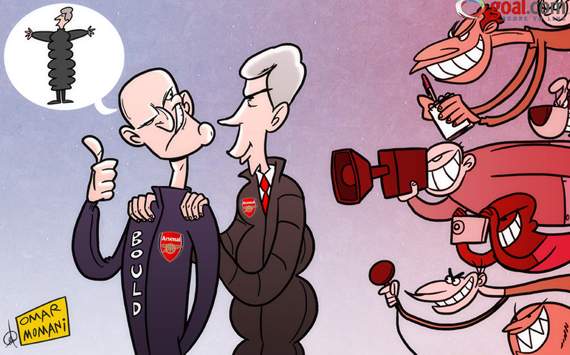