Arsenal made a show of announcing new contracts for five of their brightest young talents on Wednesday – but the one who everyone was waiting for was not among them.

But Theo Walcott, whose current agreement is set to expire in the summer, has long been at loggerheads with the club over an extension, with his desire to play as a centre-forward proving a serious obstacle. 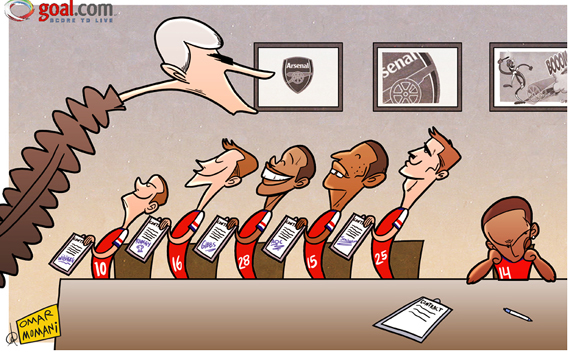