A snowy Sunday saw both Manchester United and Arsenal suffer setbacks in the Premier League, with Sir Alex Ferguson’s men losing ground in the title race while Arsene Wenger’s side hindered their chances of securing a top-four spot.

A late Clint Dempsey strike rescued a point for Tottenham against the Premier League leaders at White Hart Lane, while a timid opening half at Stamford Bridge saw the Gunners ship two goals as Theo Walcott’s effort after the break could not inspire a comeback against Chelsea.

The draw led Sir Alex to slam the performance of assistant referee Simon Beck, while Wenger insists his players cannot afford to drop any more points if they want to secure a Champions League place for next season. 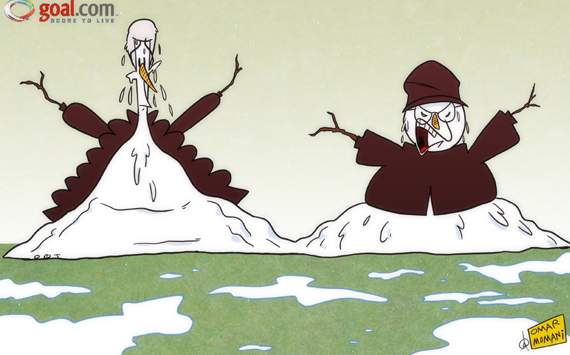