​Arsenal’s Bernd Leno is the less than proud holder of one of the Premier League’s least coveted statistics at the turn of the year.

With the Gunners 1-0 to the good and looking uncharacteristically impressive at home to Chelsea on Sunday, the German came out to punch a cross and… well, didn’t, leaving Jorginho with a tap-in to level the scores with fewer than 10 minutes to go.

Of course, Chelsea went on to win the game as ​Tammy Abraham netted the winner four minutes later, leaving Mikel Arteta questioning his life choices on his debut in the Emirates dugout. With his air-fondling howler for the equaliser, Leno has now made more errors leading to goals than any other Premier League player since August 2018 – with seven in total.

The error is Leno’s second this season, with only Jan Bednarek and Martin Dubravka (both 3) on more, according to the ​Premier League’s own statistics.

Speaking after the game, Arteta called the defeat ‘cruel’ and bemoaned ​Arsenal’s deep defending rather than pointing the finger at Leno specifically.

He said, as quoted by the ​BBC: “It was very cruel the way we lost it, in the first half we saw a lot of positives and saw what we are trying to implement. But the way we conceded was disappointing.

“It was clear why it was disappointing, I don’t need to say any more.

“Our reaction was right, we were doing the right things, it is hard to dominate all periods of the game against this team. We started to defend too deep and our energy levels are in a different place to Chelsea’s.

“We need to sustain those periods for longer periods in the game and against top sides. Individual errors cost you games but I can’t fault the effort, commitment and for putting in place what we practised.” 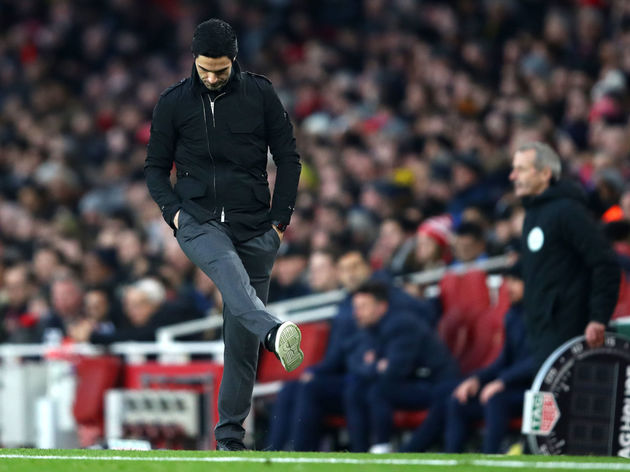 The defeat, Arsenal’s sixth of the league season, leaves them in 12th at the end of the decade. They next face Manchester United at home on New Year’s Day.