​It might be hard to think about the careers of 22-year-old English centre-halves in a time like this, but here at 90min, we’re doing exactly that.

Coronavirus this, COVID-19 that, yeah, yeah, yeah. It’s time to talk about the Three Lions’ next great defender: Ben White.

The Brighton loanee has seen his stock rise exponentially during his spell at Marcelo Bielsa’s promotion-hunting Leeds side and is set to take the top-flight by storm – for whoever that may be.

Who knows even when the next transfer window will come, but there’s no doubting there’ll be a whole host of clubs in for the technically proficient White, whenever the opportunity arises.

So, what’s the best possible option for White in order to further his career? Let’s break it down. Despite the odd blip, Mikel Arteta has somewhat turned Arsenal

And with teenage sensation William Saliba arriving ahead of next season, things are looking up for the Gunners and most importantly, Bernd Leno.

The Spanish boss has adopted a system similar to Pep Guardiola’s at Manchester City, with centre-backs required to be more than capable with the ball at their feet. Under Bielsa – whose concepts Arteta is trying to replicate – White has defined the meaning of a ball-playing centre-back, often remaining composed amid pressure and possessing the ability to play vertical passes through defensive lines.

Very few possess superior technical qualities to the 22-year-old at his position.

Would he fit? In short, yes, White

Should he join? If the Gunners can cough up the cash, why not? 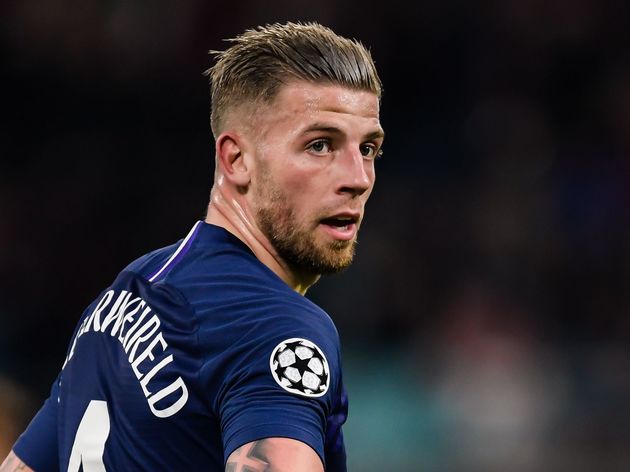 Jose Mourinho is yet to turn his Spurs side into a stubborn defensive unit. A rebuild of the backline is required, especially with Toby Alderweireld

The Belgian has often struggled one-vs-one amid his recent decline but fortunately, this is where White excels; winning over 74% of his 9.02 defensive duels per 90 this season. The addition of White would lead to a more physically imposing Spurs backline and one capable of finding it’s key creators between the lines.

With White comfortable in a high block and used to playing in an aggressive pressing-based system, the potential signing of White would give Mourinho greater opportunity to encourage a way of playing that the Lilywhite faithful all want to see.

And hey, White can also play in a holding midfield role as well. Two for the price of one and all that.

Should he join? A mightily talented Spurs squad when fit and firing, White could be a key spoke in their ‘painful rebuild’. The Blues are said to be just one of the endless list of clubs pursuing a deal for the Leeds defender, with centre-back undoubtedly a priority for Frank Lampard.

Andreas Christensen is improving but still as soft as they come, while Fikayo Tomori is seemingly out of favour; Chelsea

So, who better to continue Frankie’s young English revolution at Stamford Bridge than White, eh?

The 22-year-old could be the man to solve their woes in the defensive transition while the young defender also has the one-vs-one prowess and positional awareness to thrive in a variety of systems – Lampard has changed Chelsea’s shape plenty since his summer arrival.

Would he fit? There’ll be plenty of competition for game time, but White’s talent should show pretty sharpish and he could be a good competition for Antonio Rudiger, Kurt Zouma and the rest.

Should he join? An exciting project for White at the Bridge with plenty of young English talent already on display. Chelsea have all the tools to get back to the very top very soon. Another side reportedly interested in White are United, despite the Red Devils shelling out £80m on Harry Maguire last summer.

And although he was never going to live up to the extortionate price tag, the former Leicester man has enjoyed a fine debut campaign at Old Trafford – even becoming their skipper.

While White would certainly enhance United

Would he fit? Potentially, although Ole Gunnar Solskjaer often deploys a deep block in United’s ‘big’ games. We’re yet to see how White would cope in a more conservative system.

Should he join? Debatable. Club’s don’t come much bigger but he may not see so much game-time, running the risk of getting familiar with the bench in the Premier League and partnering Phil Jones on dreaded Europa League away trips. Nevertheless, the Reds’ success over the past two seasons has been built off the signing of Virgil van Dijk, who simply makes everybody he stands alongside a better version of themself – Dejan Lovren aside.

Joel Matip and Joe Gomez have forged sturdy relationships with the dominant Dutchman and overall, so is centre-back really a position they’ll be targeting in the next transfer window? No, Liverpool’s priorities lie elsewhere, unless White fancies filling in at full back from time to time.

Would he fit? I could fit playing next to VVD.

Should he join? Why would the Reds potentially stunt the development of Gomez? Matip is also a fine back-up option. The Carlo Ancelotti era is bound to be an exciting one for Evertonians, with the Italian already showing signs of being capable of taking the Toffees towards the Champions League spots in the future.

But while Dominic Calvert-Richarlison have been great, their backline has continued to be rather putrid under Don Carlo – as shown in their recent 4-0 drubbing at Chelsea.

A new centre-back is a must for Everton

Would he fit? White would thrive in Ancelotti’s three at the back build-up that grants his defenders a little more time and space in possession. Everton’s playmakers also often occupy the half-spaces to create chances, the Leeds man will pick them out at will.

Should he join?: I mean, could you imagine a White x Mason Holgate combo, it’ll be a Hollywood pass-off every game. Dreamy. And finally, the club where White made a name for himself – learning from one of football’s greatest minds in Bielsa.

The defender has played every single Championship

Bielsa has been encouraged to pursue a permanent deal for the fan-favourite, with the move making total sense provided Leeds gain promotion to the top flight at the end of the season.