Arsenal face Bayern Munich in the Champions League second leg on Tuesday after losing the first leg 2-0 at the Emirates Stadium.

After each side missed penalties in the first half, the current holders of the cup ran away with the match, with Toni Kroos and Thomas Muller grabbing the goals – although Arsenal manager Arsene Wenger still claims his side have hope. 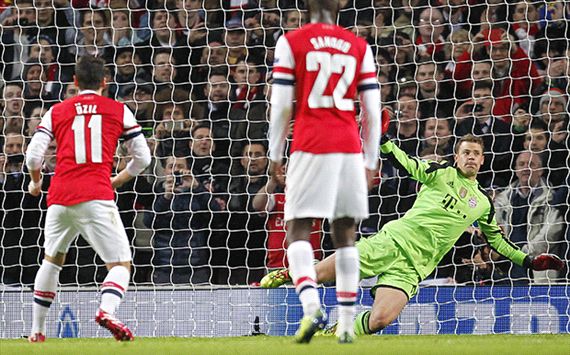 The Germans looked extremely comfortable in London, winning once again against Arsenal after the two sides met in the competition last season. bet365 price them at 1/3 (1.33) to win again on Tuesday.

Arsenal progressed in another cup competition at the weekend, beating Everton 4-1 to reach the semi-finals of the FA Cup, and will be desperate to continue their push for European glory.

For those who expect Arsenal to turn proceedings around and qualify, you can back them at 25/1 (26.00) to do so. 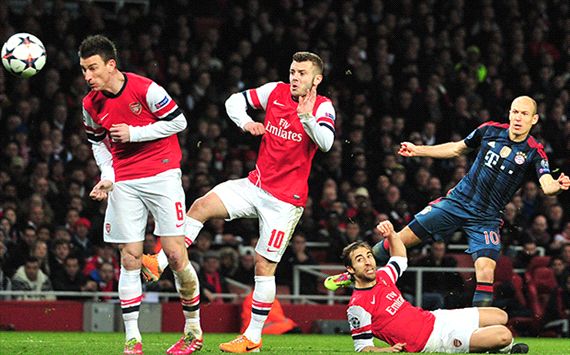 Former Chelsea man Arjen Robben looked menacing in the first leg despite not finding the net. He did score a hat-trick in the league two weeks later against Schalke, however, and the Netherlands international is 20/21 (1.95) to score anytime tonight.

After Jupp Heynckes’ side underestimated the Gunners last season at this same stage and similar position, you can be sure Guardiola will have his side fully prepared to kill off the tie.

With the Germans in fine scoring form and averaging over 3.5 goals scored in their last 15 competitive matches, it’s tough to see Arsenal keeping the current Champions League holders at bay.