Lucas Perez marked his first Champions League start for Arsenal with a hat-trick as the Gunners swept aside Basel 4-1 to secure top spot in Group A on Tuesday.

The 28-year-old struck twice in the first half from close range to put Arsene Wenger’s side in control against the Swiss champions, before he fired in a clinical third just two minutes after half-time.

Alex Iwobi added a fourth before the hour mark to cap a ruthless performance from Arsenal, who pipped Paris Saint-Germain to first place following the French side’s 2-2 home draw with Ludogorets.

Basel had won their last three Champions League games against English clubs at home and had only lost twice in 11 encounters with Premier League sides in the competition, but Lucas’ two goals after only 16 minutes effectively put paid to their hopes of another upset.

Urs Fischer’s side had failed to win any of their previous five group games and struggled to make the most of some half-chances against a makeshift Arsenal defence, in which Rob Holding made his competition debut.

Wenger was able to rest Alexis Sanchez for the final 20 minutes after Lucas and Iwobi had made sure of the points following the restart and, though Seydou Doumbia hit a fine consolation, Basel were left with the disappointment of exiting European competition while the travelling Gunners faithful celebrated a near perfect end to the group.

Arsenal settled into their rhythm quickly at a misty St Jakob-Park and they took full advantage of their early control after eight minutes.

Sanchez floated a perfect pass into the feet of Kieran Gibbs, and his cross-cum-shot from the left of the area fell to Lucas, who took his time before tapping the ball home at the far post. 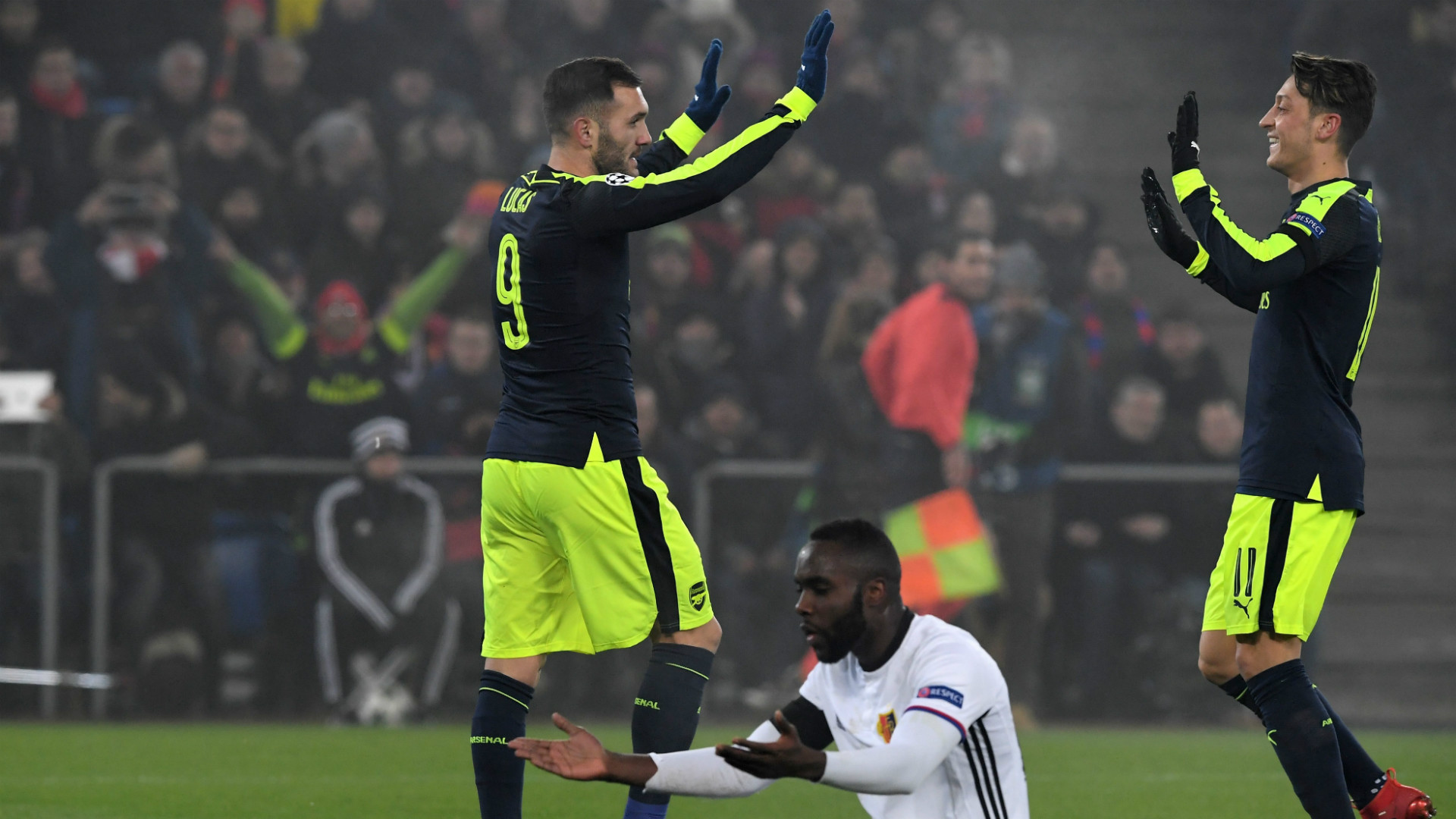 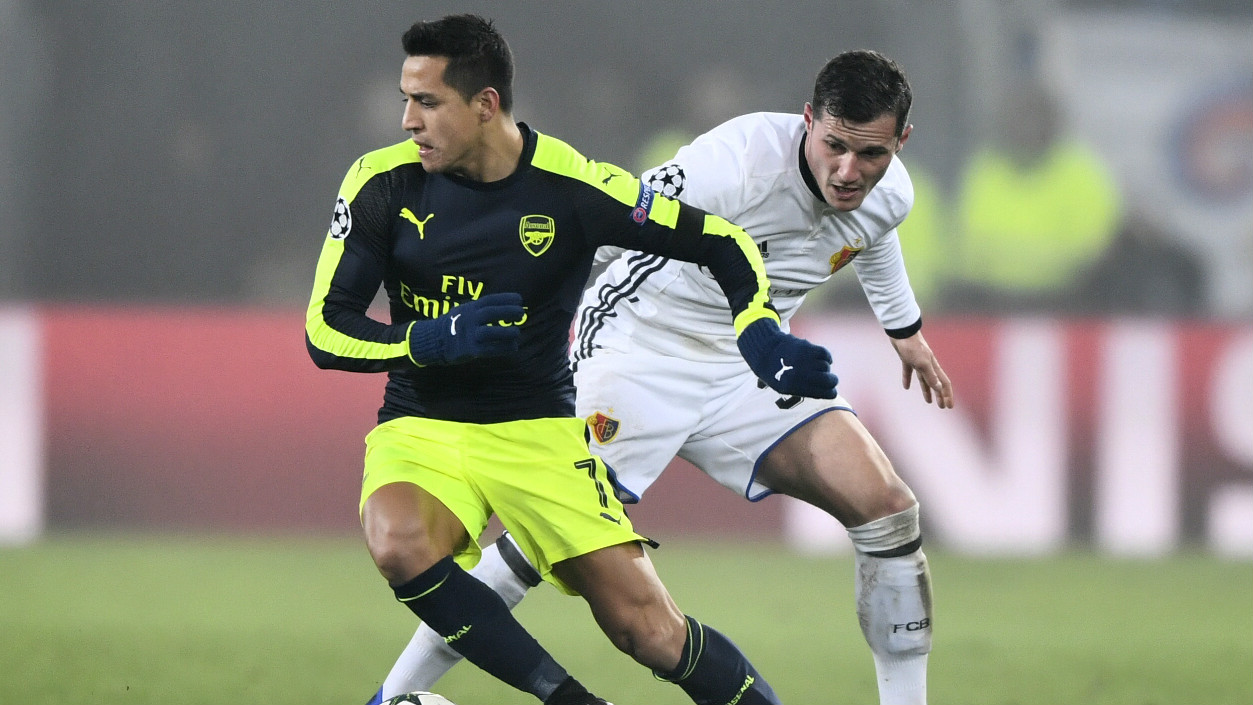 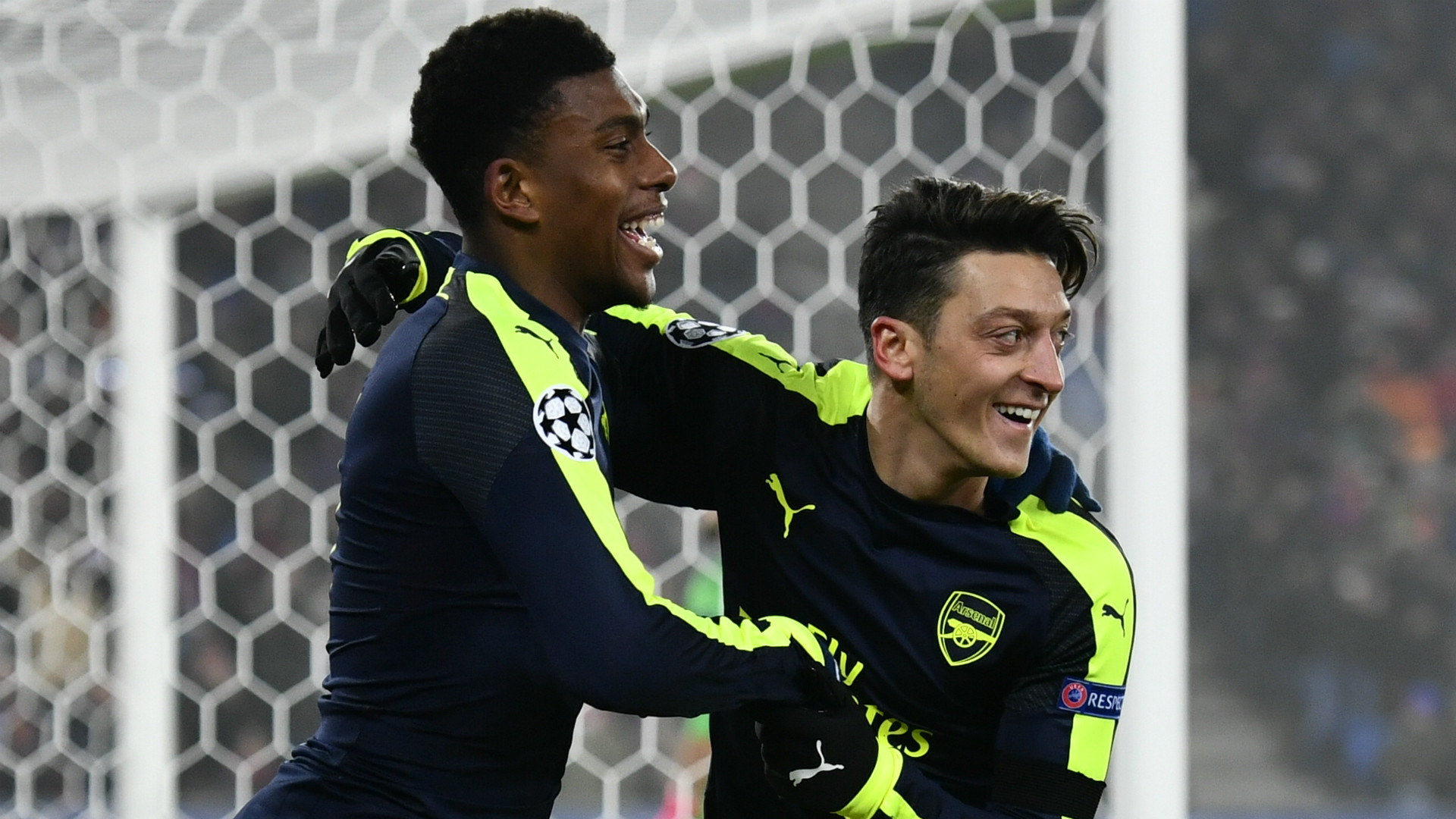 Basel thought they had snatched an equaliser three minutes later when Marc Janko volleyed home after David Ospina saved brilliantly from Matias Delgado, but the Argentine was correctly flagged offside.

And it got worse for Basel when Lucas doubled his tally on 16 minutes. Mesut Ozil combined with Sanchez before sending Gibbs clear into the area, and though his shot was saved by Tomas Vaclik, Lucas reacted quickest to turn in the rebound.

The home side looked bright in possession despite the scoreline but their cutting edge in attack was negligible, with Ospina’s only real test in the first half coming from a good run and strike as Renato Steffen cut in from the right.

But Fischer’s frustrations in the dugout reached breaking point when, two minutes after the restart, Lucas scored his and Arsenal’s third.

Gibbs’ hopeful pass forward was knocked on by Sanchez into the path of the Spaniard, who hit a first-time shot across goal and into the far corner from just inside the area, despite Vaclik getting a hand to the ball.

Arsenal were enjoying themselves and they soon had a fourth. Ozil collected Sanchez’s long ball into the area and cut it back to Iwobi, who tapped into the net from six yards with barely a Basel defender in sight.

Sanchez rattled the crossbar with a swerving free-kick before he was replaced by former Basel midfielder Mohamed Elneny.

The home fans finally had something to cheer as Doumbia, having been gifted possession by Holding, produced a stunning piece of skill to work space in the area before prodding cleverly past Ospina.

But the visiting fans’ delight was barely spoiled, as they revelled in their team’s excellent performance and the good news filtering through from Paris.