That report emanated from notorious Spanish gossip mill Don Balon, and it is another less than revered Spanish outlet responsible for claiming that Atletico are in the race: Diario Gol.

Dembele only joined Barça last summer for fee that could rise to €145m, but his debut campaign got off to the worst possible start when a ruptured hamstring ruled him out for four months. Since then, the former Borussia Dortmund starlet has been in and out of the side.

Barça are thought to be well on their way to signing Antoine Griezmann from Atletico this summer in a €100m deal, but Diario Gol now claim that Atletico are bidding the other way for Dembele. 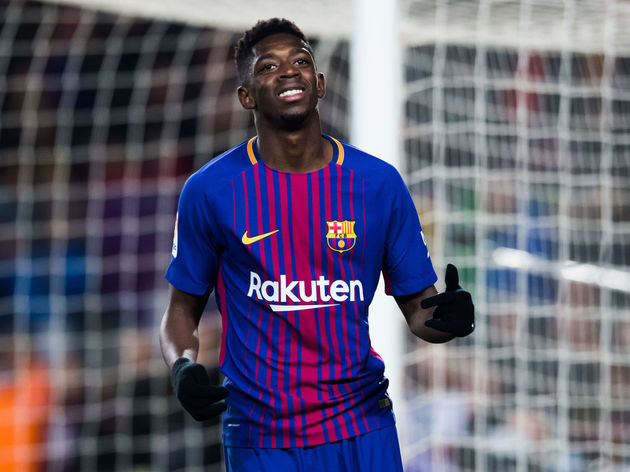 The Madrid club will need a new attacking star to replace Griezmann and complement central striker Diego Costa, while Dembele may fear for his place at Camp Nou having to compete with Griezmann, Lionel Messi, Luis Suarez and Philippe Coutinho.

It is also suggested that Diego Simeone was a fan of Dembele’s while the player was still at first club Rennes, only to lose out to Dortmund when he was sold in the summer of 2016.