Arsenal manager Arsene Wenger has refused to pass comment after striker Danny Welbeck allegedly ‘dived’ to win his side a penalty against AC Milan in the Europa League earlier this week.

Wenger was discussing an incident with ​Sky Sports, in which Welbeck equalised from the spot on Thursday night, having won a controversial penalty after receiving contact in the box by Ricardo Rodriguez.

Would you have awarded a penalty?#AFCvACM

Arsenal won the tie, cruising to a comfortable 5-1 aggregate victory against the former Serie A winners. The England striker received wide criticism for ‘diving’, particularly from television pundits Gary Lineker and Alan Shearer.

Their opinion was shared by a majority of fans too, with 74% of people stating in a poll that they would not have awarded the Gunners a penalty.

However, manager Arsene Wenger was more reserved when talking about the incident, telling media that he will discuss it with Welbeck when he feels it is appropriate to do so. 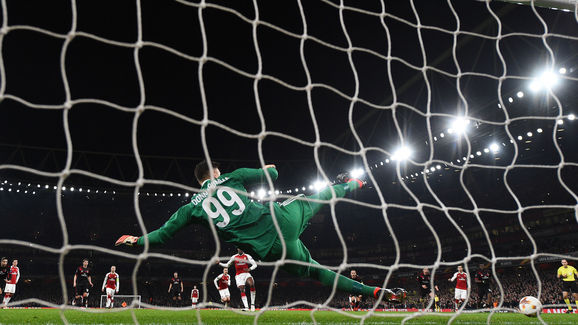 ​“There’s two things: was it a penalty or not? I don’t know. The Italian players were unhappy with it. I can understand that, because I don’t really know what it was.

“After that, Danny took the penalty in a convincing way, and I will watch it again and give my honest feeling about it.”

Wenger stressed that, if he thought that Welbeck had dived, he would make his views clear to the the 27-year-old.

“I will give him my honest feeling about it as well (if I view it as a dive), don’t worry.”