​Former Arsenal manager Arsene Wenger avoided answering directly when asked whether he would be interested in succeeding Niko Kovac as Bayern Munich manager, only admitting that he misses coaching.

Though touted for several positions in recent months, 69-year-old Wenger has been out of management since leaving Arsenal at the end of the 2017/18 season, spending time as a pundit with beIN SPORTS. While on the network as an analyst for Tuesday’s Champions League matches, Wenger was asked whether he would be interested in returning to management in the now-vacant Bayern Munich post.

“I came here to talk about the games and you start very strongly there, putting me under pressure,” Wenger joked with the ​beIN SPORTS anchors.

Among the early favourites to land the job of succeeding Kovac, who was dismissed on Sunday, Wenger was unequivocal when asked if he misses coaching.

“Of course,” Wenger said. “Coaching was my whole life until now and everybody who has coached will tell you the same.

“I was responsible [as a coach] at 33 years of and I coached until 69, without interruption. That is 36 years without stopping.

“Even if I miss it, to get out of that pressure for a year was not too bad for me. People who know me well say I’m more relaxed. It’s true!” 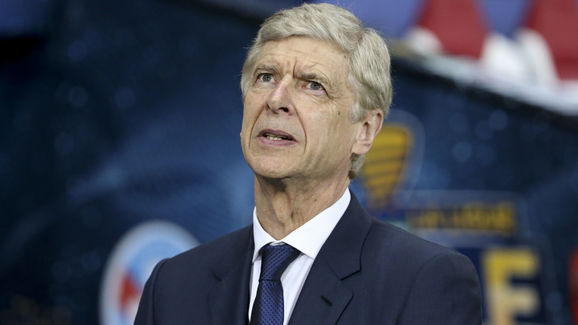 Wenger’s old adversary ​Jose Mourinho and ex-Juventus boss Massimiliano Allegri have also been linked with the vacant post at the Bundesliga leaders. However, it is current Paris Saint-Germain coach Thomas Tuchel who appears to be the club’s first choice.

According to r​eports on Tuesday, Bayern contacted PSG to enquire about the availability of the German manager, but they were told that Tuchel would certainly not be released until the end of the season.