​Arsene Wenger has refused to rule out Arsenal making a summer move for CSKA Moscow starlet Aleksandr Golovin, but refrained from making his opinion of the midfielder public knowledge.

The 21-year-old netted his side’s only goal in their​ 4-1 defeat at the hands of the Gunners with a stunning free-kick in the Europa League on Thursday as he further showcased why clubs across Europe are eager to add the Russia international to their ranks. 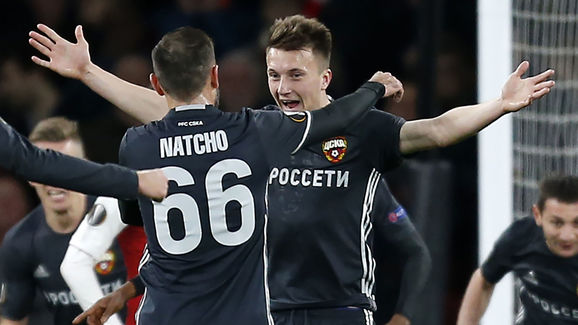 Arsenal are gearing up for a busy summer window but Wenger refused to disclose whether Golovin was on his radar prior to his side’s win over the Russian club.

In his pre-match press conference he said, via ​football.london: “You can understand that if I speak to you about respect, that I don’t want to talk about transfers of players of CSKA Moscow to Arsenal, because that is not the case anyway at the moment.

“I don’t think that would be appropriate, to talk about something like that the day before the game.

When asked to offer his opinion on Golovin, Wenger remained tight lipped as he stated: “I just gave you my answer.”

The highly-rated 21-year-old has been subject to interest from the likes of Chelsea and Barcelona in recent seasons following successive impressive campaigns in Russia – where he made his senior debut as an 18-year-old.

Golovin has made 30 appearances in all competitions for CSKA Moscow this season – who are placed third in the table, five points off leaders Lokomotiv Moscow – where he has netted six goals and provided three assists.