Arsenal head coach Mikel Arteta has admitted that he is keen to see young winger Bukayo Saka continue his development at the club by signing a new contract.

The 18-year-old has broken through to the first team this season, often filling it at left-back to try and soften the blow of the Gunners’ injury struggles.​

Many fans see him as a potential star of the future, but the problem is that Saka has entered the final 18 months of his contract at the Emirates Stadium, and the likes of Bayern Munich, Liverpool and Manchester United are ​thought to be keen on signing him. ​Arsenal have opened talks with the teenager to try and extend his stay at the club, and Arteta, speaking in his pre-match press conference ahead of his side’s meeting with ​Newcastle United on Sunday, insisted he is not concerned by the situation.

“I am really happy with how they [young players] are developing,” he said. “Part of that developing is to improve the contract and to tie them to the club.

“But that has to follow a natural process. We have Edu, we have Raul [Sanllehi], Vinai [ 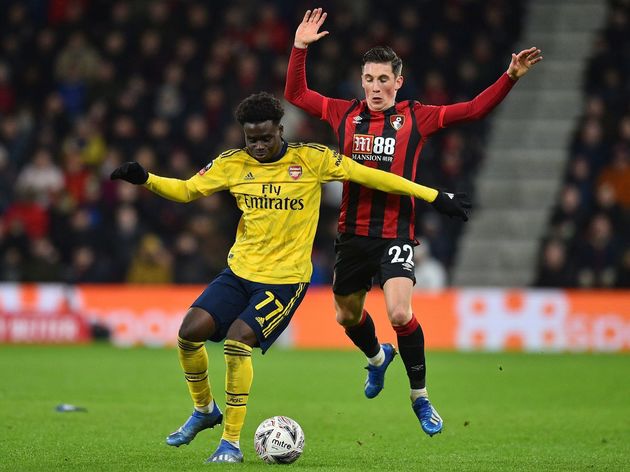 When a clear pathway to the first team and a fair chance at financial reward can be seen clearly, it encourages other future stars to join. When those players do arrive, not only does the team get better, but the club saves a whole lot of money.

It’s happening with ​L​iverpool right now, while ​Chelsea are obviously putting an emphasis on doing so this year.