​All associated with Arsenal are eagerly anticipating Thursday’s Europa League draw, as the Gunners prepare for a third successive season in the competition after failing to secure Champions League football once again.

Unai Emery’s side were presented with the perfect opportunity to return among Europe’s elite, however, they succumbed to a 4-1 loss to Chelsea in last season’s final in Baku, while a fifth-place Premier League finish ensured another season in the second-tier of European football.

The draw is taking place on Friday August 30 in Monaco, with ​Arsenal featuring in Pot 1 alongside ​Premier League rivals ​Manchester United. Here’s who they could face and who they’ll be hoping to take on, as well as who they’ll ideally be looking to avoid. None of the sides in Pot 1 will face each other for the Europa League group stages, with the 12 sides featured all being drawn in separate groups starting from Group A to Group L. One of the most striking aspects of Europa League football is the vast array of sides to feature from all across the continent. And, while the teams in the tournament certainly aren’t as feared as those in the Champions League, Pot 2 could still feature some sides that Arsenal would still prefer to avoid, both geographically and based on the team’s ability.

As is noticeable, a large number or matches are still undecided. However, if the sides listed first in the to-be-confirmed clashes secure passage to the group stages, then their coefficient score will place them in Pot 2.

With that in mind, close to home clashes against Celtic and Rangers would make for short trips, although there are one or two sides Arsenal would prefer facing in a potential encounter. Meanwhile, there are certainly sides to be avoided in Pot 2, however, Arsenal will be confident of securing victory against anyone outside of Pot 1, therefore the extensive travel will be the most desirable element of the draw.

Permutations: However, Saint-Etienne and/or Getafe from Pot 3 could sneak their way into Pot 2, should a number of results go their way on Thursday.

Strasbourg, Rangers, NK Maribor, HNK Rijeka, AIK, Spartak Moscow and Apollon Limassol could see the French side move up a Pot if they win their respective matches, as their inferior coefficient scores would deem them worthy of a place in the lower Pots, while Saint-Etienne’s score would place move them up. 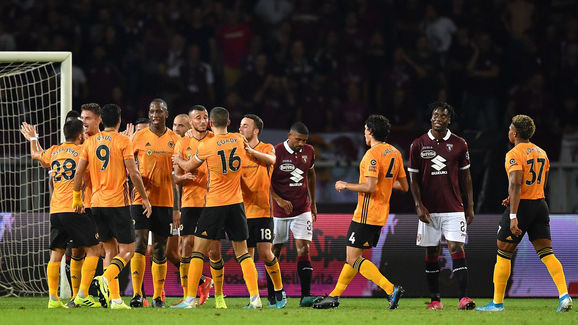 One potential side in Pot 3 that Arsenal will not be able to face is fellow Premier League side ​Wolves. They could find themselves in this section of the draw if they overcome Torino on Thursday, while there are a host of dangerous looking sides that could hand the Gunners some long haul trips to far reaching parts of Europe.

A few ​La Liga sides would be best avoided, although some of the more hostile atmospheres of Eastern Europe could make for interesting clashes. One clash to avoid for sure, is Qarabag, who Unai Emery’s side had in last season’s group stage. Another trip to Azerbaijan would be most unwelcome. Often the slot of the draw that is left for the aptly named ‘whipping boys’, Pot 4 of the Europa League coughs up a vast number of sides who’ve fought valiantly to reach this point, but will likely go no further than the group stages.

The standout tie to avoid would be facing Ligue 1 side Rennes, who the Gunners lost to in the first leg of their last-16 clash in the previous Europa League campaign, before overcoming at home to seal passage to the quarter finals. Their place in Pot 4 isn’t assured, but if it remains as such then they will be the team to miss.

Plenty of long journeys could stand in the Gunners’ way, but a potential trip to Luxembourg outfit F91 Dudelange should make for easy work.

If all the pots are assigned as above, based on coefficient scores, then Arsenal’s most desirable group would look something like this: