​Arsenal youngster Emile Smith Rowe is set to join Bundesliga side RB Leipzig on loan for the rest of the season.

The versatile attacking midfielder, who can play on either wing, through the middle or up front, has managed six appearances for the Arsenal first team this season, scoring three times, though he is yet to play in the Premier League.

His debut came at the Emirates in a Europa League clash against Vorskla, with his first goal coming a fortnight later against Qarabag. 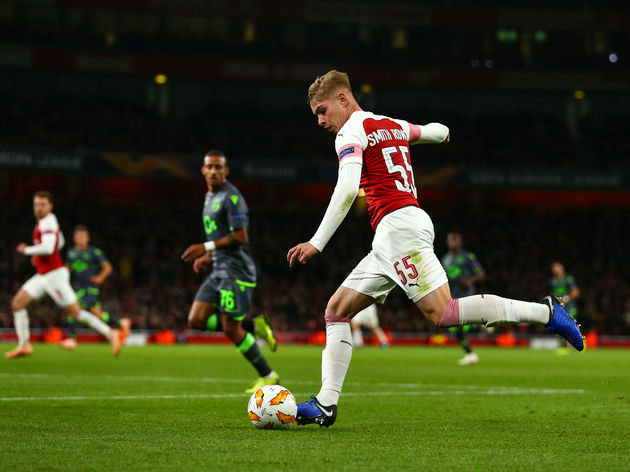 According to the ​Independent, the 18-year-old is flying to Germany on Wednesday evening to complete the move, having been assured of first team action by the high-flying German side.

Leipzig are currently fourth in the Bundesliga, 14 points off the top of the table, but have long been interested in bringing the precocious Englishman into their ranks.

The Gunners are understood to rate the starlet very highly, seeing him as a definite star for the future, but Unai Emery did grant his blessing for the move, following the capture of Denis Suarez from ​Barcelona until the end of the season.

Smith Rowe, who is set to undergo a medical before he is announced by Die Roten Bullen, won’t be the first young Gunner to swap England for Germany in search of minutes, with Reiss Nelson currently enjoying a fruitful year-long loan spell at Hoffenheim.

Despite the long-awaited addition of Suarez, the ​north Londoners have not finished their January business just yet, with another loanee expected to be added before the deadline.