​​stepping down as Arsenal manager at the end of the season.

This match had plenty of significant implications in terms of the league table but will now undoubtedly be dominated by the news that Wenger’s 22-year reign in north London is drawing to a close.

Arsenal’s recent form has been generally positive, although last week’s defeat away to Newcastle rekindled fears of the Gunners’ soft centre and added further bad reading to their dismal away form this season.

That ​2-1 defeat at St James’ Park left Arsenal just two points above Burnley in sixth place in the Premier League table, leaving Arsene Wenger’s side looking nervously over their shoulder.

Prior to last weekend, things had been looking more positive at the Emirates. Three consecutive league wins over Watford, Stoke City and Southampton appeared to have put Arsenal in cruise control heading into the final weeks of the Premier League season, with the Europa League taking central focus in Wenger’s plans.

A 6-3 aggregate success over CSKA Moscow saw Arsenal advance to the semi final stage of the competition with relative comfort, in which a heavyweight clash with Atletico Madrid awaits them.

Though that tie will remain the priority in Wenger’s mind, desperate to secure his first European trophy in his final season in charge at the club, this weekend’s clash with West Ham must now be taken more seriously with Burnley fast approaching in the rear-view mirror. 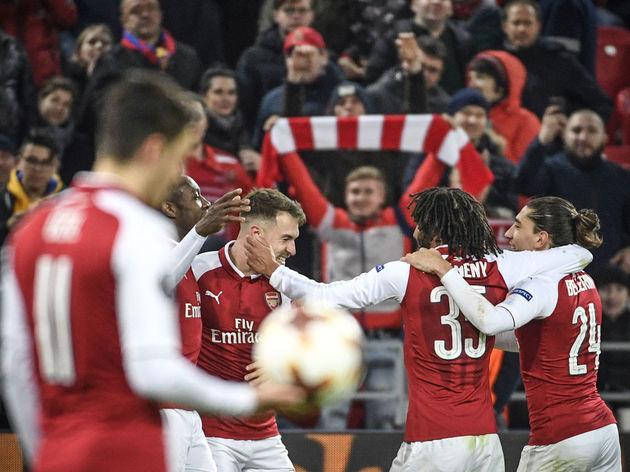 West Ham, meanwhile, seem to have found form at a crucial time in their bid to survive the drop. Consecutive 1-1 draws with Chelsea and Stoke in their last two league outings have further cushioned their six-point advantage over the bottom three.

Victory at home to the Potters on Monday night would, however, have left David Moyes’ side feeling much more comfortable heading to the Emirates this weekend.

With huge clashes with Manchester City, Leicester, Manchester United and Everton to come in their final four games of the season, the Hammers will be desperate to head back to east London with at least another point on Sunday.

The two sides last met in the league in a tense and tight 0-0 draw at the London Stadium in December.

Arsenal failed to capitalise on their dominance, having enjoyed 71 percent of possession, and only managed three shots on target in their 22 efforts in total. West Ham did, however, provide the Gunners with a late scare, as Javier Hernandez sent a curling effort crashing against Petr Cech’s crossbar late on. 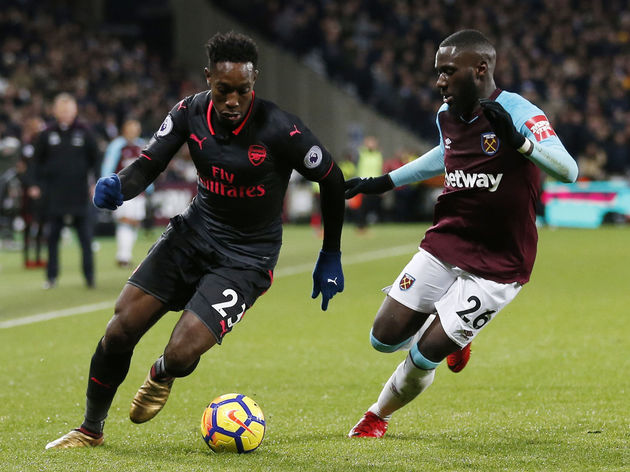 The teams have since met in the Carabao Cup quarter-final at the Emirates. Another tight affair, Arsenal eventually ran out 1-0 winners thanks to a Danny Welbeck strike which sent the Gunners through to a semi-final showdown with Chelsea in the competition.

Arsenal have generally edged the tight proceedings between the two sides this season, and with the Gunners always likely to score at home, West Ham may need to give a stronger account of themselves if they are to take anything from Sunday’s game.

Arsenal’s injury list has been rather less problematic than they are typically used to in recent weeks, with last week’s trip to Newcastle displaying a strength in depth in Arsene Wenger’s squad which enables the manager to rotate and refresh the side, despite narrowly losing on that occasion.

Some of those changes were enforced through a number of injury niggles and fitness doubts in the Arsenal squad. Henrikh Mkhitaryan was unavailable through a knee injury sustained in the first leg of the Gunners’ Europa League quarter final against CSKA Moscow.

That issu rules him out of Sunday’s game with West Ham, with Arsene Wenger giving the Armenian a likely return date of next Thursday for the first leg of the semi final tie against Atletico Madrid. 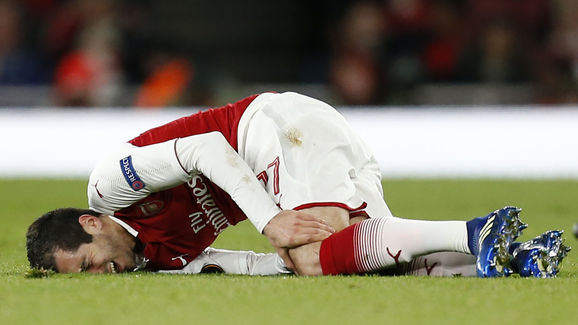 Wenger also confirmed in his press conference that there are uncertainties over the fitness of midfielder Jack Wilshere, who is suffering with a short-term ankle problem which kept him out of the squad last week.

Elsewhere, Aaron Ramsey is expected to be passed fit to face West Ham, having missed out on the trip to Tyneside, while David Ospina will also return to the squad.

West Ham, meanwhile, will continue to be without midfielder Pedro Obiang, who is suffering with a knee injury, and Winston Reid and Michail Antonio, who are unlikely to feature again this season.

The recent return to action for Manuel Lanzini and the late equaliser against Stoke on Monday night from Andy Carroll provides David Moyes with a wealth of attacking options to choose from.

Whilst West Ham seem to have found renewed confidence and belief that they will avoid relegation since their 1-1 draw away to Chelsea, Arsenal are very difficult to stop from scoring at the Emirates.

The Gunners will be keen to bounce back from their 2-1 defeat to Newcastle last weekend, which should serve as a wakeup call to Arsene Wenger’s side to push themselves on in the league and build a more comfortable cushion between themselves and Burnley in the table.

With both Pierre-Emerick Aubameyang and Alexandre Lacazette likely to feature again in attack for Arsenal, the Gunners should have enough to overpower West Ham, even if their defence is likely to be given another stern examination by Andy Carrol and co.

With Arsene Wenger’s future now resolved, it is crucial for the club that Arsenal deliver a performance which once again rallies the Emirates faithful behind the iconic manager and his team for the remainder of the season.