​Arsenal kick off their Carabao Cup campaign with a match against Championship side Nottingham Forest at the Emirates Stadium on Tuesday.

Unai Emery’s side will be hoping for a more successful League Cup campaign following the disappointment of crashing out to Tottenham in the quarter-finals last season. The Gunners have only won the competition twice throughout their entire history, the last time being all the way back in 1993. 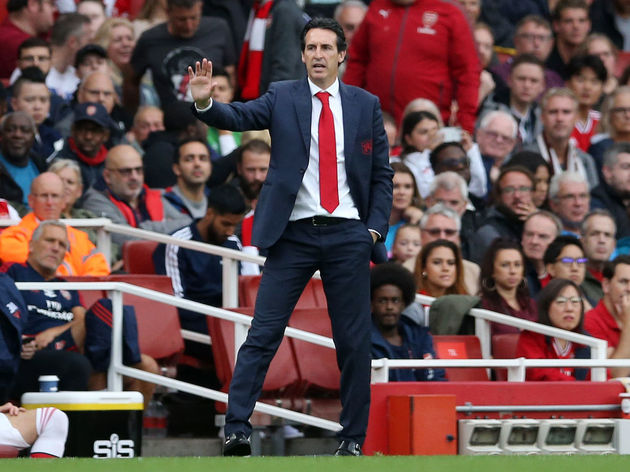 Nottingham Forest have enjoyed a successful run in the competition so far, beating League One side Fleetwood Town 1-0 in the first round before thrashing fierce rivals Derby 3-0 in the following round. Forest have actually won the League Cup more times than Arsenal, with four titles to their name, although the last of these came in 1990.

Konstantinos Mavropanos and Hector Bellerin all played for ​Arsenal‘s Under-23s last Friday and are back in full training, but Tuesday’s game could come too soon fitness wise.

​Rob Holding is ​close to a return to the first-team Nottingham Forest and Arsenal have faced each other a total of 99 times, with the Gunners coming out on top on 50 occasions compared to Forest’s 27.

Their last meeting was in the FA Cup back in 2018, when Nottingham Forest earned a shock 4-2 victory against Arsenal at the City Ground. Forest, however, haven’t won at Arsenal’s home ground since 1989. Arsenal’s league form has been shaky in recent weeks, with the Gunners winning just two out of their last five games, shipping eight goals in the process. The signs were encouraging in that 3-0 Europa League win against Eintracht Frankfurt, with a few of Arsenal’s younger players starring.

Forest’s unbeaten run stretches all the way back to early August, with Sabri Lamouchi’s side undefeated in their last nine games. They currently sit in the ​Championship play-off places, just two points off first place. Even if Arsenal field a weaker side in this clash, they should prove to have too much quality for this Forest side. This competition has seen its fair share of shock defeats, however, and if it’s going to happen to anyone, it’ll be the Gunners.