​Arsenal host Everton at the Emirates on Sunday afternoon, as they look for a vital three points that would see them leapfrog the Toffees in the Premier League, putting them back in the race for a spot in Europe.

The 4-0 trouncing of Newcastle last weekend, combined with Mikel Arteta’s midweek win in his European debut as Arsenal head coach, should provide them with some much-needed momentum.

They do though face an Everton side who look revived under veteran Carlo Ancelotti, unbeaten in the Premier League since New Year’s Day. Interestingly, the last time the two sides met was in a 0-0 draw at Goodison Park in December, while both clubs were under caretaker management by Duncan Ferguson and Freddie Ljungberg respectively. Everton go into this game sat above Arsenal by two points, in ninth place.

The visitors’ trip to the Emirates on Sunday afternoon is the beginning of a tricky run of games. After Arsenal, they face Manchester United at home, Chelsea away, and then host rivals Liverpool in the Merseyside derby. Picking up a solid three points this weekend would give Ancelotti’s side the confidence they need to face the run they have coming up.

Meanwhile, Arsenal go into Sunday’s fixture while still battling for silverware on another two fronts. They host Olympiacos in the second leg of the Europa League round of 32 next week, where they hold a 1-0 advantage, and then go on to visit Portsmouth on 2nd March in the FA Cup. While more games to play could take its toll on Arteta’s side, there is still plenty to fight for in order to finish the season positively.

Hector Bellerin and Nicolas Pepe are expected to return for Arsenal, after being left behind during their midweek visit to Olympiacos. Lucas Torreira is expected to be available once again after missing the Europa League tie due to illness.

January signing Cedric remains injured, as does left back Kieran Tierney, who dislocated his shoulder in December.

It is still unknown whether or not ​Mesut Ozil will be available as he and his wife await the birth of their first child. 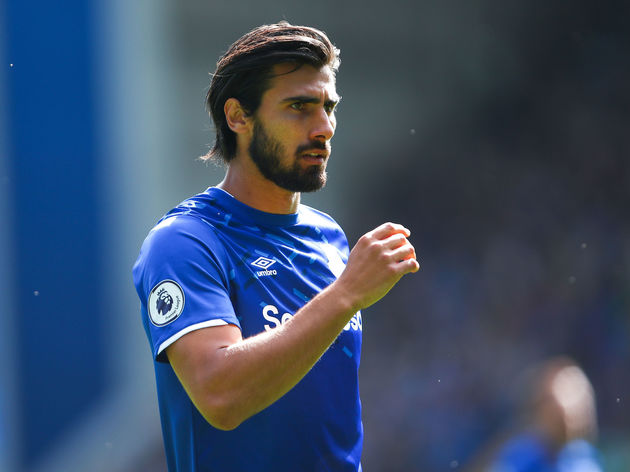 Everton can look forward to the return of ​Andre Gomes. He is in contention to play for the first time since suffering a fractured and dislocated ankle at the start of November.

Fabian Delph is available after serving a suspension and Bernard has recovered from a knock, but former Arsenal man Theo Walcott could miss out due to a knee problem. He will be assessed ahead of the game.

Although the two sides drew last time out, ​Everton have a poor record at the Emirates. The Toffees have lost their last five league visits to Arsenal and their last win over the Gunners came in April 2019, when they won 1-0 at home thanks to a goal from Phil Jagielka.

After Sunday, the last three fixtures between Arsenal and Everton will have seen each team managed by three different managers. Marco Silva took charge of Everton during that 1-0 last April, with Unai Emery in charge at Arsenal. As mentioned earlier, both clubs were under interim bosses in December 2019 when they met in the 0-0 draw, with Duncan Ferguson managing Everton and Freddie Ljungberg managing Arsenal.

​Arsenal will look to make it three wins from three under Mikel Arteta on Sunday, extending their season best of six games unbeaten to seven. It took until the 81st minute for his side to take the lead against Olympiacos, thanks to a goal from Alexandre Lacazette.

Everton sealed a comprehensive 3-1 victory against Crystal Palace and bagged another three goals against Watford prior to that, thus goals don’t appear to be a problem for Ancelotti’s Toffees, but they will have to be wary of Arsenal’s attacking threat.

With that considered, here’s how both teams have done in their last five games:

Admittedly, not much separates Arsenal and Everton heading into Sunday’s clash. Both are sat within two points of one another in the Premier League, and managerial changes have ultimately strengthened both sides since the turn of the new year. Having said that, Everton are coming back from a two-week break from football, thanks to the winter break, and while that can benefit some teams, the fact that Arsenal have secured back-to-back wins during that time could be the deciding factor.