Arsenal host Burnley in the Premier League on Saturday as Unai Emery’s men look to get back to winning ways following two losses in the space of a week.

The Gunners were unbeaten in 22 games going into their Premier League match with Southampton but a loss at St Mary’s coupled with a midweek Carabao Cup exit at the hands of Tottenham leaves the club desperate for a win.

Burnley head into this game off the back of a valiant display against Tottenham where a late Christian Eriksen goal sunk Sean Dyche’s team in dramatic and disappointing fashion.

So far the Clarets have struggled to make the same impact in the league they did last term but they may feel this fixture could lift the mood around the club.

Check out 90min’s preview of the ​game below.

Arsenal still have concerns over a number of defenders but Unai Emery should be able to select ​a more reliable rearguard to the one that featured in the Southampton loss. 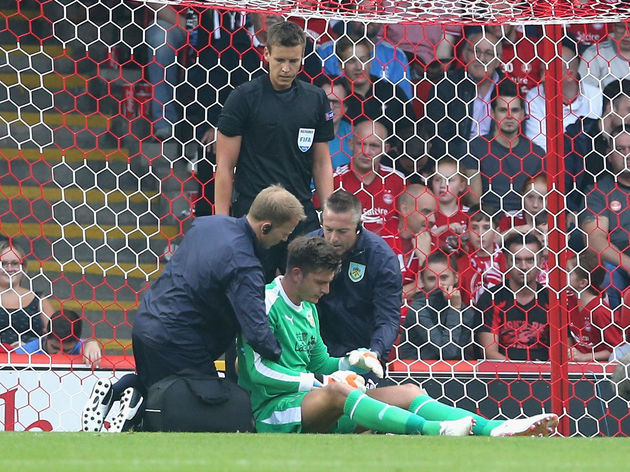 Burnley defender Stephen Ward will miss out while Joe Hart is set to continue in goal with Tom Heaton likely sitting on the bench. Aaron Lennon is expected to be absent.

Interestingly enough, the last time these two met it was in Arsene Wenger’s final ever home game in charge of Arsenal. The day was a nice occasion for all Gunners fans, helped by the empathic 5-0 win over their opposition. Arsenal were in great form up until the 3-2 loss to ​Southampton, having gone unbeaten in their past 22 fixtures across all competitions leading up into the match.

They’ll be keen to bounce back in the Premier League with nothing less than three points against their next opponents – especially after they disappointingly fell out of the Carabao Cup after a 2-0 home loss against Spurs.

Both teams have played Spurs in their last fixture and both teams have lost. Before that, Burnley beat Brighton 1-0 at home thanks to a single goal from James Tarkowski.

Other than that, things haven’t been so well for the Clarets in the league of late. They lost the three games prior to that home win, shipping six goals in the process.

Burnley will most likely set up with the intention of stifling the best of Arsenal’s attacking talents. If Dyche’s men can work hard and press high they might cause the Gunners some issues, even if they don’t see an awful lot of the ball.

Arsenal lost last time out in the league and they can’t really afford to drop points in home games such as these if they want to seriously push for a Champions League spot. Expect the Gunners to come out all guns blazing – though maybe after a dull first half – and really try and dominate. Overall, Emery’s men should have enough to overcome this Burnley side by the end of the 90 minutes.