Arsène Wenger will face a tough test in his final home match as Arsenal boss, with Sunday’s opponents Burnley battling to secure European football next season.

The Gunners will be looking to bounce back from their demoralising Europa League exit at the hands of Atlético Madrid in the Spanish capital on Thursday.

#afc planning a variety of special measures to mark Wenger’s final game in charge including fans receiving a memento of the day & a presentation to be made after the game. Story here: https://t.co/GrdU1H1tJx

Wenger has the rare luxury to pick from an (almost) fully fit squad as he leads his side into this 6th vs 7th battle for European football. Laurent Koscielny is their only absentee.

Sean Dyche’s men will be looking to spoil Wenger’s farewell and continue their impressive run of form that sees them just three points behind sixth place with two games left to play.

The Clarets will be without key defender Ben Mee and it remains unclear whether Chris Wood will be fit enough to last 90 minutes. Aside from those players, Burnley have a fully fit squad to pick from heading into this crunch clash. 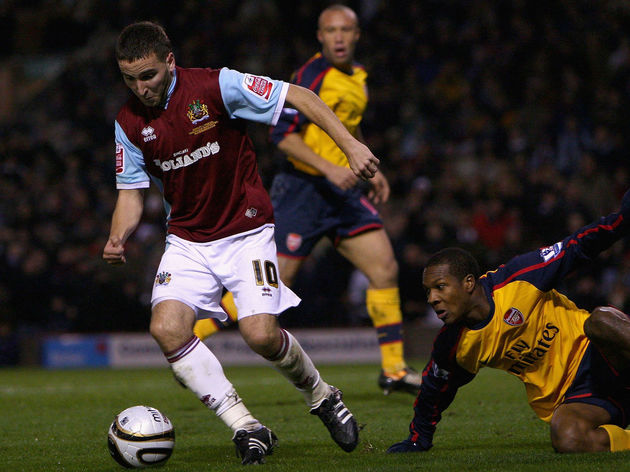 Burnley caused a huge upset when they knocked Arsenal out of the League Cup with a 2-0 quarter final victory back in December 2008.

Arsene Wenger made a number of changes for the game and paid the price when his side fell to a brace from Scottish midfielder Kevin McDonald.

The Clarets, then managed by Owen Coyle, recorded the club’s first win against Arsenal since 1974 but were eliminated at the semi final stage after losing to Tottenham Hotspur over two legs.

A repeat of this scoreline on Sunday would ensure an enthralling end to the Premier League season, with Arsenal and Burnley currently sitting in sixth and seventh respectively. Despite having picked up several injuries over the last few weeks, Arsenal have an almost fully fit squad ahead of this tie. However, defender Laurent Koscielny will not feature after he was stretchered off during Thursday’s game against to Atlético Madrid.

Henrikh Mkhitaryan, Alex Iwobi, David Ospina and Sead Kolasinac have all had recent injury woes, but the quartet all travelled to Madrid on Thursday and are all expected to take their places in Arsenal’s match day squad on Sunday.

Petr Čech looks set to return in goal after David Ospina played in the defeat to Atlético Madrid in the Spanish capital on Thursday evening.

Meanwhile, for Burnley, Chris Wood picked up an injury in Burnley’s last outing against Brighton but should be fit enough to start the game against Arsenal at the Emirates.

Their only absentee is Arsenal’s confidence will have been shattered after defeat in the Europa League only three days before this game against Burnley.

Meanwhile, the Clarets are flying and will have extra motivation as they move level on points with Sunday’s opponents – should they pick up a victory at the Emirates.

Burnley certainly know how they defend when they need to. Sean Dyche has them well drilled in a rigid 4-4-2 formation and defending with a low block. This could be a frustrating game for Arsenal players and supporters alike.