Wrapping up the Arsenal transfer news, rumours and gossip in the 2021 summer window.

Who have Arsenal been linked with?

Lautaro Martinez – Arsenal have been dealt a transfer blow with Atletico Madrid the new favourites to sign Martinez (The Sun, August 2); Arsenal have been boosted in their pursuit of the Inter Milan striker after the Italian champions refused to rule out his departure during the current summer transfer window (Express, Aug 1); Martinez is only interested in leaving Inter Milan for Spain, with no temptation to come to the Premier League amid interest from Arsenal (Daily Mail, July 30); Arsenal have registered an interest with Inter Milan about the striker (Daily Telegraph, July 28).

Aaron Ramsdale – Arsenal’s hopes of landing the Sheffield United goalkeeper have hit a stumbling block with new Blades boss Slavisa Jokanovic not wanting to sell (The Sun, August 2); Arsenal are considering a third bid to sign the Sheffield United goalkeeper (Sky Sports News, July 24); Sheffield United have told Arsenal they will need to raise their offer for England goalkeeper Ramsdale to £32m after two previous bids were rejected by the Championship club (The Times, July 22); The Gunners will make a third and final offer for Ramsdale (The Guardian, July 22). The 23-year-old is expected to take a medical when he returns from holiday on July 26, but what will the Gunners be getting for their money? Read our analysis here.

Matthew Hoppe – Arsenal and Everton are both reportedly interested in signing Schalke’s American striker this summer after his impressive displays in the CONCACAF Gold Cup (Daily Star, August 2).

Daniel Bachmann – Arsenal are claimed to have had their interest in Watford keeper Bachmann rejected by the Hornets (Daily Express, July 31)

Manuel Locatelli – Sassuolo’s CEO Giovanni Carnevali has confirmed that Arsenal have indeed launched an offer to sign Locatelli after emerging as one of the players of the tournament at Euro 2020 (Daily Mail, July 30); agent Andrea D’Amico claims Arsenal have made an opening £34m offer for Sassuolo midfielder Locatelli (The Sun, July 21); Arsenal are willing to pay Sassuolo’s £34m asking price for the Italy midfielder but his preference is to join Juventus (The Guardian, July 19).

Tammy Abraham – Chelsea have lowered their asking price for striker Abraham to around £35m to try and drum up interest from Arsenal, West Ham and Aston Villa (The Sun, July 30); Chelsea are prepared to let Abraham join Arsenal on loan to speed through a deal (The Sun, July 21); Arsenal are interested in Abraham, who Chelsea have already offered to a number of clubs as part of their search for a new striker (Daily Telegraph, July 16).

James Maddison – Arsenal are interested in signing Maddison from Leicester. Leicester do not want to sell Maddison and it is understood it would take a bid in excess of £70m for them to even consider selling the 24-year-old (Sky Sports News, July 28); Maddison is reportedly ‘open’ to a move to Arsenal with the club also meeting Tammy Abraham’s wage demands (Sunday Mirror, July 25); Arsenal could offer fringe players Nelson and Maitland-Niles to Leicester City as part of an offer for Maddison (Daily Mail, July 21). Arsenal are expected to make a major move for Leicester City playmaker in the coming weeks (Daily Star, July 12).

Andrea Belotti – Arsenal have been dealt a blow in their pursuit of Belotti after Torino president Urbano Cairo confirmed the striker has been offered a new deal (The Sun, July 29).

Matchoi Djalo – Arsenal are considering a £1m offer to Portuguese side Pacos de Ferreira for the talented teenage winger (The Sun, July 27).

Neto – Arsenal are interested in signing Barcelona goalkeeper Neto. The Gunners were quoted £12million when they approached Barca to sign the 32-year-old in early 2021 (Mundo Deportivo, July 22).

Renato Sanches – Barcelona are preparing to make an offer for Lille and Portugal midfielder Sanches, although Arsenal are believed to still be top of the list of clubs trying to sign him (Daily Express, July 22).

Jordan Henderson – Arsenal have emerged as favourites to sign Henderson, should stalled contract talks with Liverpool end in him leaving the club as early as this summer (Daily Star, July 21).

Houssem Aouar – Lyon have increased their asking price for Aouar, who is a possible target for multiple Premier League clubs, to in excess of £25m (Daily Express, July 21); Arsenal will go on a £100m spending spree with the Lyon midfielder set to join White in signing for the club next week (Daily Star, July 18).

Ruben Neves – Arsenal have begun negotiations with Wolves over the signing of Neves (Daily Record, July 12).

Thilo Kehrer – Arsenal have enquired about PSG defender Kehrer as they line up a transfer replacement for right-back Hector Bellerin (The Sun, July 14).

The latest players linked with a Arsenal exit 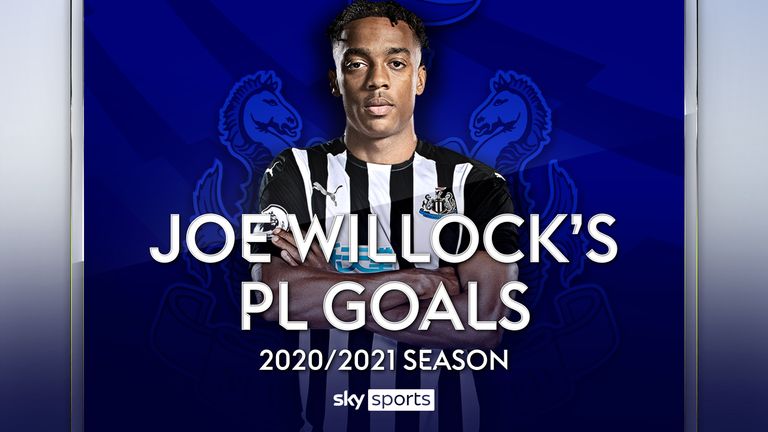 After signing in January for Newcastle on loan from Arsenal, Joe Willock scored nine Premier League goals for the Magpies as he was crucial in their survival in the Premier League

Granit Xhaka – Arsenal midfielder Xhaka has returned for pre-season training and remains a “key part” of Mikel Arteta’s plans this season (Sky Sports News, July 30); Xhaka’s potential move to Roma still dragging on as a gap in valuation still exists between the Arsenal and the Serie A side. All parties remain hopeful a transfer can be agreed this summer (Sky Sports News, July 28); Roma’s pursuit of Xhaka has reportedly hit a roadblock, with the two clubs unable to agree a fee (Daily Mail, July 26).

Hector Bellerin – Bellerin’s agent is heading to London for talks over the Arsenal defender’s future (Daily Star, July 29); the agent was in Milan last week negotiating a move to Serie A champions Inter Milan.
Inter want to sign the Arsenal right-back on loan but Arsenal want a sale, or at least a loan with an obligation to buy (Sky Sports News, July 28); Bellerin appears to be heading closer to the Arsenal exit door following reports Mikel Arteta is set to leave him out of his starting XI for the opening game of the season (Daily Mirror, July 26).

Reiss Nelson – Crystal Palace boss Patrick Vieira is going back to Arsenal with a bid for the winger (Sun, Aug 1).

Alex Runarsson – The Arsenal goalkeeper is on the verge of a loan transfer to Altay S.K (Sun, July 27).

Sead Kolasinac – The Arsenal outcast is reportedly in negotiations to terminate his deal with the club (Sun, Aug 1).

Emile Smith Rowe – The midfielder had been the subject of two bids from Aston Villa, but signed a new contract at Arsenal on July 22.