​Arsenal look set to act on their interest in Sassuolo and Italy forward Domenico Berardi.

The 25-year-old has scored nine goals in 20 games in all competitions so far this season and is trying to force his way back into the Italy setup ahead of Euro 2020.

A move to Juventus looked almost destined for years as they had a co-ownership agreement with Sassuolo, but after the Neroverdi bought them out of that deal in 2015, he has scarcely been linked with a transfer to a top team again. However, ​Calciomercato report that Arsenal have been ‘activated’ in their pursuit of Berardi, and Sassuolo should expect representatives from north London to come and watch him further in the near future.

If the Italian is to head to the Emirates Stadium, then it’s likely to be for a hefty fee – Berardi signed a contract until the summer of 2024 in October of last year, with Sassuolo tying down their star man for his best years.

Arsenal’s elimination from the Europa League earlier this week was followed by news that the club had made a financial loss ​for the first time since 2002, largely due to their continued absence from the ​Champions League. 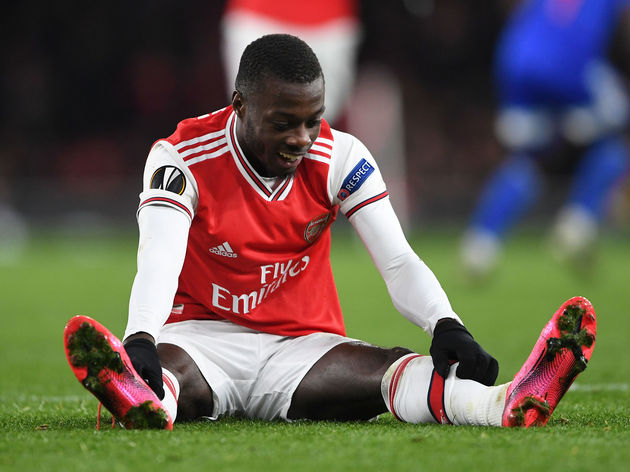 The Gunners went into the 2019 summer transfer window with a reported transfer budget of around £45m, but were able to pull off the club record signing of Nicolas Pepe for £72m. But if they don’t manage to qualify for next season’s Champions League, then they will likely have to sell to buy in order to improve this time around.

As mentioned, Berardi won’t come cheap, while he also plays in the same position as Pepe. Glaring issues remain in defence – if ​Arsenal are to make another big-money signing, then surely it would be worthwhile coming elsewhere on the pitch.

Nevertheless, Berardi is a player who could definitely improve them – no player in Arsenal’s squad has come close to reaching double figures of goals in the ​Premier League this season besides ​Pierre-Emerick Aubameyang.