​Arsenal are planning to hand striker Arsenal missed out on Champions League football for next season when they were thrashed 4-1 by Chelsea in the Europa League final last week, but the north London club believe that Aubameyang is settled at the Emirates and will not try and force a move, according to the Evening Standard.

Two Chinese clubs are hoping the bring the Gabonese forward to the far east, with Guangzhou Evergrande and Shanghai SIPG reportedly readying huge offers, after Tianjin Quanjian failed to get their hands on the forward last year despite offering Borussia Dortmund a whopping £71m.

The Gunners paid a club-record £56m for Aubameyang last January, and he has gone on to have an extremely successful spell for the Premier League club over the past 18 months.

He finished as the league’s joint top goalscorer with 22 strikes last season, the same amount as Liverpool duo Mohamed Salah and Sadio Mane. 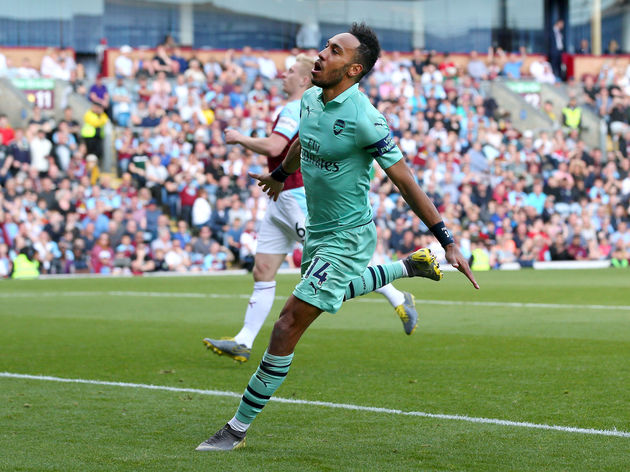 He formed an impressive partnership with Alexandre Lacazette during his first full season, one of the rare highlights during a disappointing campaign for the Gunners, in which they finished fifth in the Premier League.

Arsenal will be determined to not allow another key player to leave the club this season after Aaron Ramsey’s departure to Juventus. However, it has been suggested that Aubameyang could be offered up to £300,000 a week by the Chinese clubs, meaning Arsenal would likely have to give him a significant bump to keep him at the Emirates.