After Everton slipped up at the weekend the Gunners have a chance to cement their place in the top four, with our tipster backing a low-scoring first 25 minutes

Arsenal entertain Newcastle this evening, with Arsene Wenger’s men looking to increase the gap between themselves and Everton in the race for fourth position in the Premier League.

The visitors are currently on a woeful run of form, losing their last five matches, so the home side should be confident of recording a victory in front of the Emirates crowd. 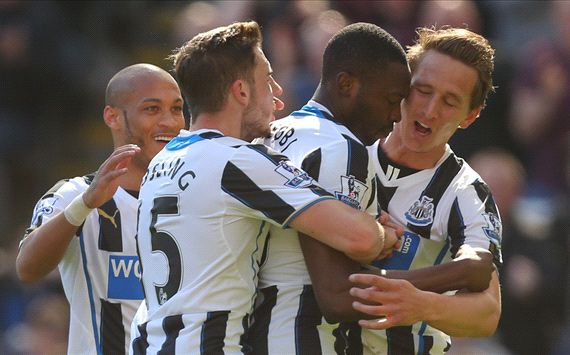 Alan Pardew brings his side into they game under huge pressure. The Magpies have been in dire form of late, losing to the likes of Fulham, Southampton and Swansea. Despite only one win in their last seven, Newcastle still occupy ninth spot in the Premier League. bet365 price them at 11/1 (12.00) to cause an upset at the Emirates.

Arsenal are back on track after a wobble in March. The Gunners lost heavily to Chelsea and followed that up with two draws and one loss. However, Wenger’s men have picked up two vital wins in the league in their last two games, which has seen them stay above Everton in the race for the final Champions League spot.

With Newcastle in terrible form, it’s tough to see past an Arsenal win, but with the outright price too short and -1 handicap at 4/6 (1.67) also skinny, it’s worth looking elsewhere for value.

A bet that seems to stand out in this fixture is no goal to be scored before the 24th minute. bet365 price it up at 5/6 (1.83), which is a fantastic option when you consider Arsenal have scored over 80 per cent of their goals this season after the 30 minute mark. With Newcastle scoring almost 75% of their goals after the 30 minute mark, it’s certainly worth backing a tight opening and no early goals.