​Former England international Martin Keown has complimented Gunners boss Unai Emery for his ruthless decision-making during Arsenal’s 1-0 victory over Huddersfield at the Emirates.

The north London side were on the verge of what would have been their fifth draw of the season before summer signing Lucas Torreira secured all three points with a brilliant acrobatic strike in the 82nd minute.

After recognising that his tactical approach in the first half was being neutralised by a well-organised Terriers side, Emery made two substitutes at the break, replacing Alexandre Lacazette and Stephan Lichtsteiner with Henrikh Mkhitaryan and Alex Iwobi. The changes paid off in the second half as Arsenal dominated Huddersfield, overwhelming their opponents in midfield and continuously pressing when they didn’t have possession of the football.

Speaking on Match of the Day as quoted by the ​Daily Star, Keown praised the Arsenal boss for making the early substitutions as he said: “Credit the manager Emery.

“This is where I think he’s different class. “He recognises ‘I need more creativity on the pitch, I want Mkhitaryan and Iwobi in those little areas’.

“Guendouzi then has got options and they get forward into those little pockets.

“All it was was just a change in personnel, wide players coming in to central positions and then offering this little bit extra.” 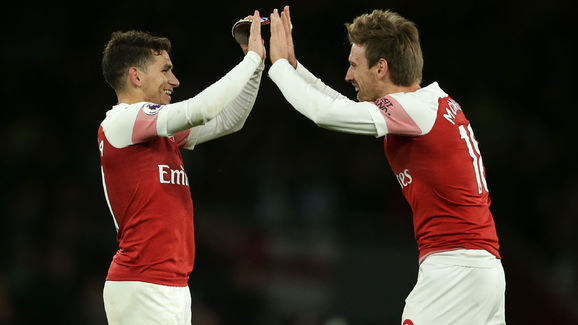 After Arsene Wenger’s 22-year tenure at Arsenal ended last season, there were concerns over whether Emery would be the right man to take over at the Emirates.

Overcoming what was initially a slow start to the season, the Gunners have transformed in recent weeks into a side that can now be considered as legitimate contenders for a top-four finish.

Unbeaten in their last 21 games, Arsenal have already qualified for the last 32 in the Europa League as group winners and face an away trip to​ Southampton in the Premier League next Sunday.