​Former Arsenal striker Alan Smith has claimed Alexandre Lacazette could run the risk of being sold this summer if he ‘doesn’t come good’ for the remainder of the season.

Arsenal signed Lacazette from Lyon last summer for a club record fee of £48m – which was then broken be the signing of Pierre-Emerick Aubameyang – and became an instant fan favourite at the Emirates.

He managed eight goals in his first few months in north London, but since then his form has gone downhill. 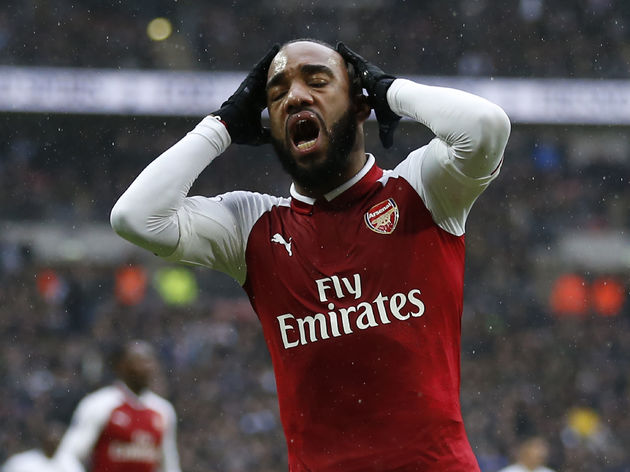 The French striker has just one goal in 11 Premier League games for the Gunners, which has proved to be a cause for concern among the Arsenal faithful.

The 26-year-old – who is currently sidelined with a knee injury – now faces a battle to gain a place in the starting XI and score goals on a consistent basis, or else Arsenal may offload him in the summer, according to former striker Alan Smith.

The ex-England international said while speaking to UCFB Wembley students, as quoted by ​Goal: “He may not be the player that Arsenal thought he was. He started off well but you can look like a world beater in France and just not make the grade in England.

“Arsenal have a few other players to show that. They may even have to offload him if he doesn’t come good.”

(You may also be interested in:​Hector Bellerin’s Agent Confirms There’s Been ‘No Contact’ From Various Suitors for Arsenal Star)

Lacazette scored 37 goals in just 45 games for Lyon last season and has evidently found adapting to English football to be somewhat challenging.

Wenger will need to see signs of the potent player that they brought
from Lyon in the summer, and he only has a few months left to show the
fans that he can do it in England.

The France international’s best chance to impress may be in the Europa League, as Aubameyang is ineligible to play in the competition after representing Borussia Dortmund in the Champions League.

Wenger’s side made it through to the quarter-final stage and are preparing themselves for a meeting with Russian outfit CSKA Moscow in the last eight.