​Arsenal have become the latest club linked with Cagliari’s Nicolo Barella after scouts were sent to watch the midfielder during a recent Serie A game against Inter.

The 22-year-old was key to his side’s 2-1 win against Luciano Spalletti’s side, despite missing a penalty in added time to add some gloss to the scoreline, as the Italian’s stock continues to rise across Europe. 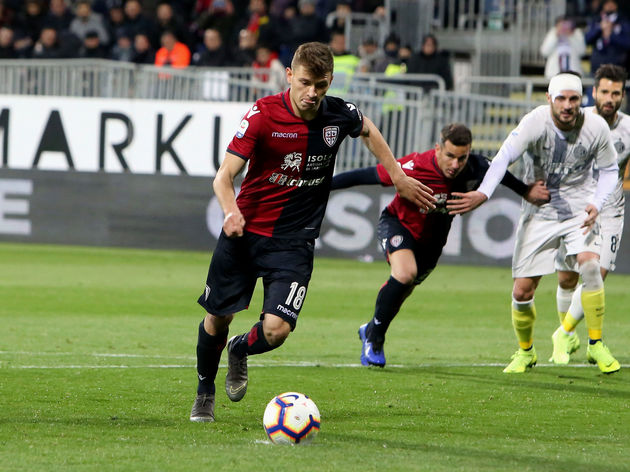 The most-recent club now interest services of Barella according to La Gazzetta dello Sport (​via Football Italia) is ​Arsenal, as scouts for the Gunners were in the stands at the Sardegna Arena to run the rule over the Italy international.

Despite Arsenal’s interest, Barella’s €50m price-tag could be a sticking point for the ​Premier League side in their pursuit to sign him, while interest from the likes of ​Chelsea and Serie A duo ​​Napoli and ​Inter, which makes the possibility of signing him more difficult.

Barella, who has one goal and two assists in 24 Serie A games this season, was the subject of heavy interest from Chelsea in January, although a deal for the midfielder, who was viewed as a possible replacement for Cesc Fabregas, never materialised. A move for the midfielder could be aided by the prospect of Champions League football next season, with Arsenal competing with Tottenham, Manchester United and Chelsea for just the two remaining places in the top four – as Liverpool and Manchester City fight it out for this season’s Premier League title.