Arsenal midfielder Santi Cazorla is nearing a return to playing after spending 18 months out with an achilles problem.

The Spaniard, who is now back in training following his lengthy ordeal, has had multiple surgeries, as well as a skin graft in order to set him right. And with Arsene Wegner’s days in charge of the club now numbered, he’s hoping to play under the French boss at least one more time. Speaking to Spanish source AS, the player said: “I’ve still got some way to go, because after being sidelined for 18 months, everything has to be done in its own time. But the sensations I have keep getting better and I’m feeling optimistic about the future.

“The objective is to play some part with the team before the season ends, but we have to take things carefully.

“After being out for so long it will take a while to get back into form, it’s a real struggle, but when you have been out like I have, you also notice pains elsewhere – apart from what I’ve had with my tendon.

“But all of that must mean that I am doing things right, and I hope to be back as soon as possible.”

Cazorla also urged the club to give the long-serving boss a good send-off, something he definitely deserves after his 22 years of service.

“I hope the club gives him a good send-off; he has given his life to Arsenal,” he added. “He has made his decision and I hope whoever comes in has all the luck in the world. 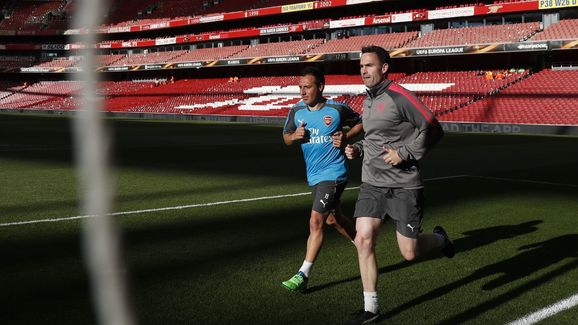 (You may also be interested in: ​8 of the Best Innovations to Improve the Modern Game of Football)

“England is second to none when it comes to valuing the work of people who have dedicated their lives to a football club, you could see that in the reception he got at Old Trafford.”

Cazorla, who was working on his fitness at Real Oviedo’s training centre, is due back in England on Thursday, where he will possibly be assessed ahead of what could be a return to competitive action before the close of the se