The creative midfielder has been ​linked with Arsenal for quite some time now and made a serious impression on Gunners fans in the two legs of the clubs recent Europa League tie with the Russian club.

After scoring a superb free-kick in the first leg, Golovin bagged another goal in last night’s 2-2 match in a game where he stood out as one of the star performers. 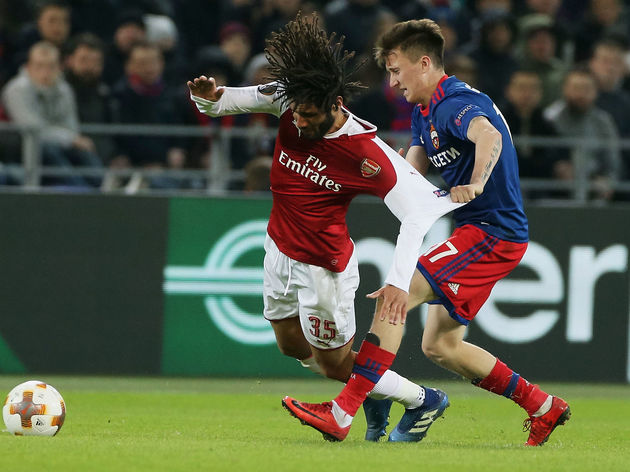 As reported by the ​Metro, Wenger was asked about signing Golovin after the game, and he said: ”I would say Golovin is a very interesting player. He had an outstanding game tonight again.

”But at the moment we are not in transfer mode. I would say that I couldn’t see one bad player in CSKA Moscow tonight.”

These comments made Wenger’s admiration of Golovin clear, and Arsenal fans instantly took to Twitter to express their desire for the Russian to join the North London club in the summer.

Mixed of arshavin an hleb

​​Arsenal fans were clearly impressed with Golovin over the two legs, and see him as an ‘Arsenal type player.’ Where he would fit into the side is hard to say and it would certainly depend on the futures of some of Arsenal’s other midfield stars.

Arsenal fans will now be focusing on the recent Europa League semi final draw, where they were handed a nightmare draw against Atletico Madrid.

The team will have to perform exceptionally well to reach the final and continue in their quest for Champions League football next season.