​Arsenal fans can’t really be blamed for not buying any rumours regarding their club and Barcelona attacker Ousmane Dembele.

The Frenchman only joined the Catalan side last summer, leaving Borussia Dortmund under hostile circumstances for a fee in excess of £100m – but the Spanish champions are reportedly looking to offload him ahead of next season. According to Spanish radio station ​RAC1, Barca are already contacting clubs around Europe to inform them of Dembele’s availability. They did stop short of mentioning clubs by name, but Arsenal fans discussed the possibility of the Gunners launching a bid, via reddit. 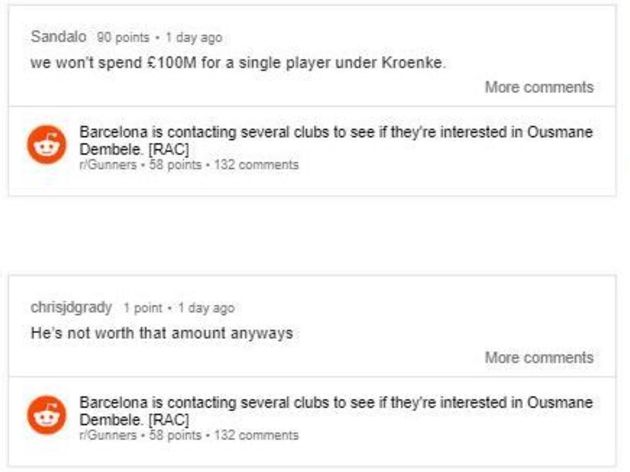 “Still, this won’t happen because we are loaded with attacking players. Only chance I could see is if Barca wanted Ramsey, some type of swap + cash.” 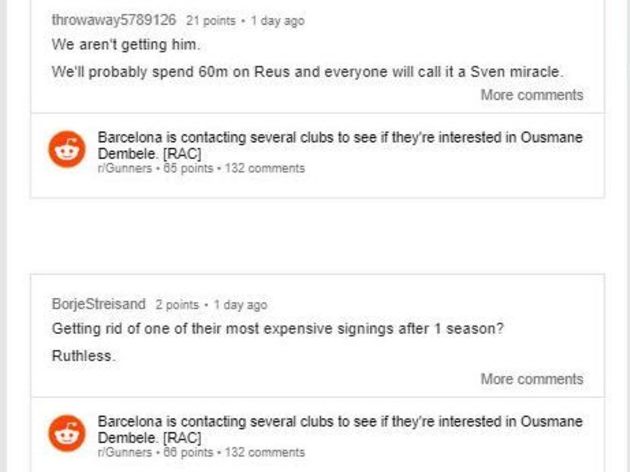 While Dembele has made a slow start to his Barcelona career, it’s worth noting that he suffered a terrible injury at the beginning and missed a huge chunk of the campaign. He did score three goals, also assisting six, in 11 league starts this season, which isn’t exactly poor given the circumstances.​