​Arsenal fans took to Twitter on Thursday night after their team ​drew 1-1 with Atletico Madrid in the Europa League semi final, and didn’t seem to be best pleased.

Arsenal have had a disappointing season so far after missing out on a top four finish in the Premier League for the second consecutive year. To win the Europa League will be the only saving grace for Arsene Wenger’s last season in charge, and the Gunners will want to send him off having won silverware. 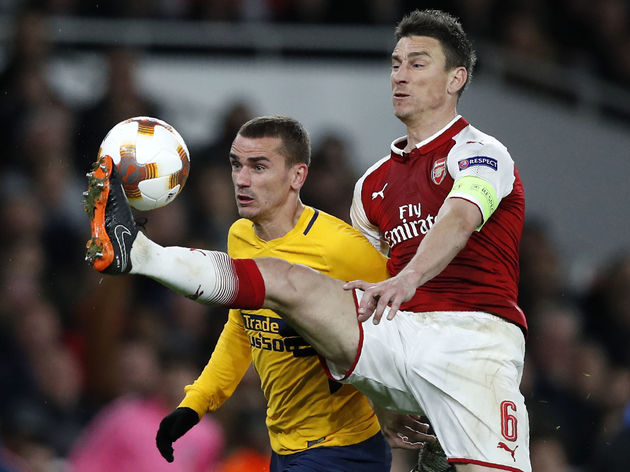 ​Arsenal were on the front foot for most of the game against Atletico Madird, after the visitors were reduced to ten men just 13 minutes in.

Alexandre Lacazette opened the scoring for the home team, before Laurent Koscielny failed to deal with a long ball which put Antoine

Koscielny is absolute garbage. Has been for years

Laurent Koscielny takes injections every other day to be able to play for this club. It doesn’t do him nor the club any good. Was a very good CB in his prime but now he’s 32 and almost done. He makes minimum 1 mistake every game. And it’s detrimental to the team.