​Arsenal fans have made it known that they aren’t too keen on their former player Alexis Sanchez by taking to Twitter to mock the Manchester United forward after his uninspiring display against Sevilla in the Champions League on Tuesday.

United were clear favourites going into the second leg after drawing 0-0 away in Seville. However, Sanchez and his teammates put on a performance that they’ll want to forget as soon as possible.

Wissam Ben Yedder – who came on with 20 minute left to play – scored two goals in four minutes to defeat the three time-Champions League winners. Romelu Lukaku gave United a glimmer of hope after pulling a goal back, but it proved to be too little as a jubilant Sevilla side deservedly went through 2-1 on aggregate. 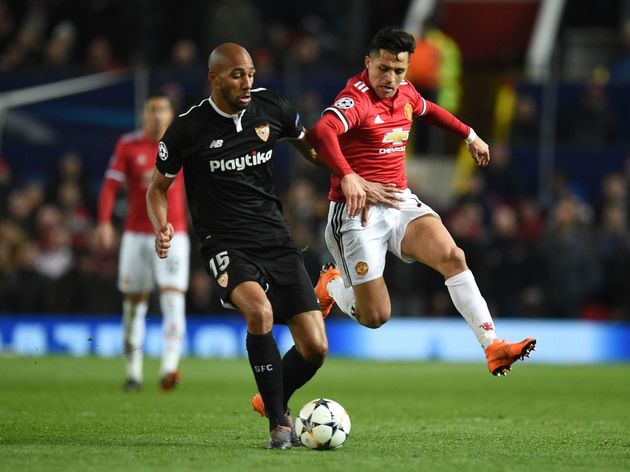 Sanchez was criticized for his careless performance in the 2-1 against Liverpool on Saturday after he lost possession countless times for his side. The game on Tuesday seemed to have a familiar feel for the Chilean as he again put in a lacklustre and uninspiring performance against the Spanish outfit.

Former Gunner Charlie Nicholas claimed that the United forward should be in the starting XI.

He said to Sky Sports: “At the start of the season, Manchester United had a fluency to them. Paul Pogba played high up with Jesse Lingard behind him and Romelu Lukaku on his game.

“All
of a sudden Sanchez comes, Marcus Rashford gets dropped out and
Anthony Martial gets moved over. All of a sudden the whole team is
getting squeezed to fit Sanchez in. Sanchez, at the moment, does not deserve to be in the team. It’s too individual. He is giving the ball away too often.

Sanchez moved to Old Trafford to challenge for top prizes, but after Tuesday’s calamity, Arsenal fans made their voice be heard and had a lot to say about their former star.

Alexis Sanchez with another fat L. Tears in my eyes

Alexis Sanchez sold his soul for £490k a week. He won’t be remembered as a legend at either club and overall, he’s had a nothing career.