​Arsenal fans have brutally criticised midfielder Alex Iwobi on Twitter, with some going as far to say that he is the Gunners’ worst ever player.

The Nigerian came through the youth ranks of the north London club and made his first appearance for the first team in 2015.

Despite showing some early promise in his first senior season, Iwobi has gone on to be inconsistent at best and has not really delivered enough when he has been called on by manager Arsene Wenger. 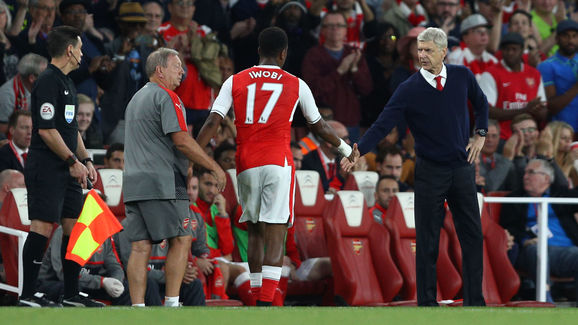 At just 21 years old, Iwobi may yet develop into a player capable of producing at the top level and his manager has clearly got a lot of faith in him.

He has made 58 Premier League appearances in the last three years, but has only managed to score seven goals and provide eight assists in those games.

This, coupled with some ​trouble off the pitch, has led to Arsenal fans growing frustrated and after the club posted a video of his first goal for the club, they went into meltdown.

Somehow he got worse after playing more.

​​The barrage of criticism that Iwobi has received following a tweet that was meant to celebrate his first goal for the club seems particularly harsh.

Although the Nigeria international has not hit the heights some would have expected him to when he first burst onto the scene in 2015, it seems unreasonable to say he is the club’s worst ever player – especially considering some of the horror shows that have played at Arsenal.

Surely the likes of Sebastien Squillaci, Francis Jeffers and Andre Santos are more deserving of the not so coveted crown of Arsenal’s worst ever player.