​Arsenal face a dilemma over whether to apply for a visa for forward Henrikh Mkhitaryan after reaching the Europa League final.

The final is held in Azerbaijan, and Armenia captain Mkhitaryan has missed games in  the country in the past for both Borussia Dortmund and the Gunners due to diplomatic tensions between the two countries – centred around the Nagorno-Karabakh region. 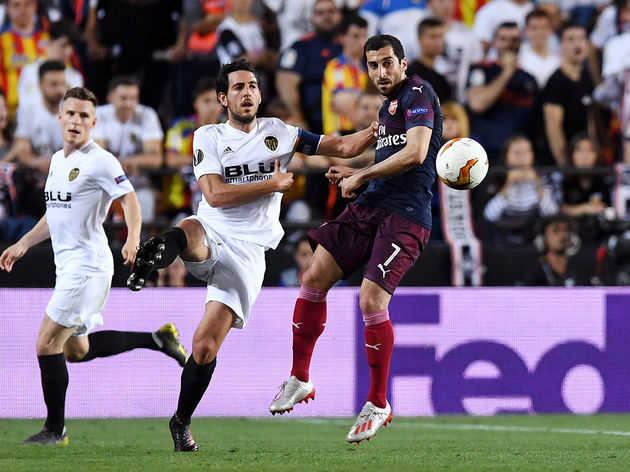 While playing for ​Dortmund in December 2015, ​Mkhitaryan missed a Europa League tie against Azerbaijan Premier League side Gabala due to security concerns.

The 30-year-old also missed ​Arsenal’s 3-0 Europa League win over FK Qarabag in October after Gunners manager Unai Emery said that Mkhitaryan couldn’t travel to Azerbaijan, despite UEFA offering to support the Armenian with a visa application.

As quoted by ​BBC Sport, Qarabag head coach Gurban Gurbanov claimed at the time that Arsenal didn’t want Mkhitaryan to play in Azerbaijan because of the possible pressure he would have had while playing in the country.

“If Henrikh Mkhitaryan would come to Azerbaijan it is not the first time – a lot of Armenian sportsmen came to Azerbaijan but it is the choice of Arsenal that they didn’t send him.

“Arsenal may be afraid that in front of 60,000 Azerbaijani fans, Mkhitaryan had some pressure and that is why they didn’t send Mkhitaryan.”

Arsenal beat Valencia 4-2 on Thursday in the second leg of their Europa League semi-final tie to triumph 7-3 on aggregate and secure their place in the final. The final will be an all-English affair, as ​Chelsea overcame Eintracht Frankfurt ​on penalties in the other semi final to book their place in Baku.

The Europa League final will take place on Wednesday 29th May at 8pm.