​The last time Arsenal played Everton, it was two different figures occupying the dugout for both teams.

Mikel Arteta and Carlo Ancelotti both sat in the stands and watched on as interim managers Freddie Ljungberg and Duncan Ferguson presided over a drab, unexciting 0-0 draw at Goodison Park in December. Both men observed knowing changes needed to be made to bring the style of football that fans craved for. 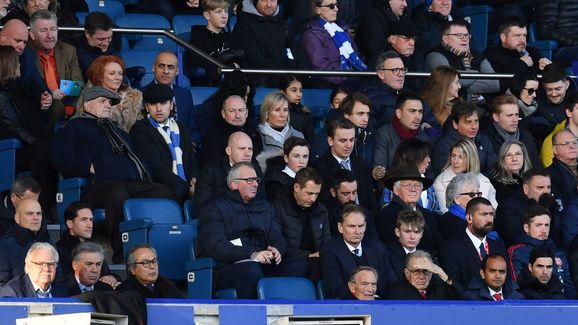 In the case of Arteta, fans demanded the fast-paced, purposeful attacking football that they had grown accustomed to watching under Arsene Wenger. No more passing backwards or sideways just to keep the ball without doing anything with it.

On Sunday, his side certainly lived up to those expectations. His team attacked with pace, with record signing Nicolas Pépé and skipper ​Pierre-Emerick Aubameyang taking on the Everton full-backs and causing fear with their direct running.

Indeed, Aubameyang was often joined by youngster Bukayo Saka in attacking the left-flank, due to the adjustment made by the head coach to have Granit Xhaka drop into the left-back position and ensure Arsenal could not be caught out as easily as they used to be. And Arteta seems to have found the best centre-midfield partnership at the club. The pairing of Xhaka and Dani Ceballos was one that Emery failed to get the best out of. In this game, it worked superbly, as Xhaka was well-protected by his Spanish teammate who seemed more willing to do the defensive work and be a combative presence than under Emery. It meant that the Swiss, previously maligned by ​Arsenal fans, was able to help dictate the ball distribution for the Gunners and help start attacking moves.

By no means are Arsenal the finished product under Arteta. Defensively they still looked suspect, and at set-pieces in particular they were always in trouble. The substitutions of Matteo Guendouzi and Lucas Torreira helped add a presence in the midfield, but there were still plenty of opportunities for their opponents to grab a late equaliser.

While there remains to be much work to improve the defending, it’s clear that Arteta has improved the side. They remain unbeaten in 2020, an achievement no other professional side in England can boast about. Moreover, the team looks to be more willing to get physical in the midfield, which has been a long-standing complaint amongst fans at the Emirates. Xhaka and Ceballos seemed to balance out each other’s instincts and tonight it seemed to inspire a lot more confidence.

As for Everton, Ancelotti should not leave London feeling too discouraged. His side were competitive throughout the game and their performance showed a marked improvement compared to the performances under Marco Silva. 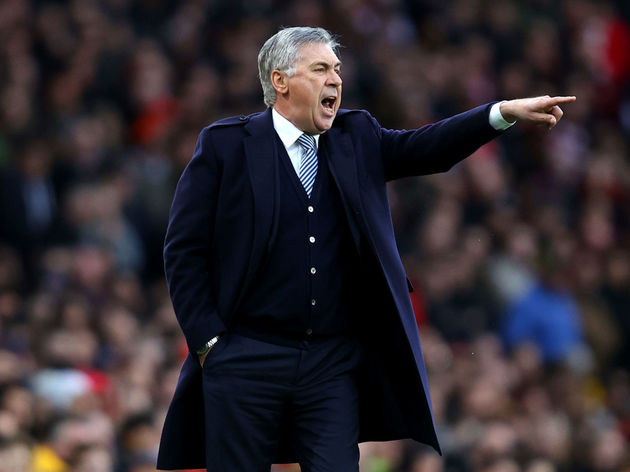 Silva never seemed to get the Everton attack firing on all cylinders. Earlier this season, they looked to have a disjointed offence that relied heavily on intricate play that would break down constantly.

Yet it appears that his replacement has managed to make the Toffees a greater threat. Ancelotti’s players looked to take a more direct approach and find Dominic Calvert-Lewin and ​Richarlison quickly to take on the error-prone Arsenal centre-backs in David Luiz and Shkodran Mustafi.

It resulted in more chances for the away side and indeed they had nearly double the total shots on goal that Arsenal had. And indeed, had it not been for the finishing of Calvert-Lewin, ​Everton could certainly have taken all three points back to Goodison Park.

Under the former Napoli manager, they have looked to get their full-backs higher up the pitch while the wingers cut inside to get into the box to help the lone striker. The overlap of Djibril Sidibé was a constant sight for Toffee fans and complimented the movement of Richarlison to drift into the box for possible headers. The right-back was a constant source of energy and impressed with his willingness to overlap and put in crosses for the attackers. Yet there still remains progress to be made for Ancelotti’s side. The midfield pairing of Fabian Delph and Morgan Schneiderlin didn’t work well, as both offered little creativity and looked slow in the centre of the pitch. It’s possible that the return of Andre Gomes may help in the next run of games, but that has to be a point of concern for the Italian.

Both sides currently sit in midtable, far from where they hoped to be at the start of the season, and will probably look ahead to preparing for next season rather than trying to turn things around drastically.

However, there were plenty of positives from tonight’s game that both managers can take away that showed how far the teams had come since that December encounter.