The Gunners missed out on Champions League qualification after they were beaten in the final of the competition by Chelsea, as well as falling short of the top four spaces in the Premier League. The 2019/20 draw appears fairly easy on paper, with Eintracht Frankfurt, Standard Liege and Vitoria SC joining them in Group F.

Here’s a look at the confirmed schedule for Arsenal in the group stage of this year’s Europa League.

On paper, it appears as though this will be the Gunners’ sternest test. Eintracht Frankfurt are a tough side, having made it to the semi-finals of this competition last year. They were able to take Chelsea all the way to penalties, before being knocked out by the eventual winners. The German side will pose a real threat, but they did lose Sebastien Haller and Luka Jovic this summer – their two lethal frontmen. Nonetheless, the home crowd will be keen to see their side claim the win and this will be a match in which Unai Emery’s men must be vigilant in order to come out on top.

The Emirates will next welcome Portuguese outfit Vitoria SC, who finished fifth in the Primeira Liga in 2018/19. 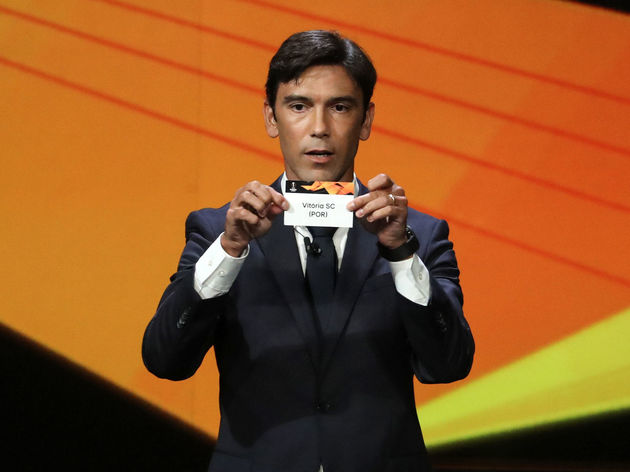 They took on Fotbal Club FCSB in the play-off round of the Europa League, prevailing in a very tight contest. The first leg ended goalless, but Edmond Tapsoba’s 53rd minute penalty saw them over the line in the return fixture. ​Arsenal will have to work hard to break this team down at home, but they have more than enough quality to claim the points.

In match four, the north London side will play host to Eintracht. The away side will look to play directly through the Arsenal defence and take their chances when they come. However, this is a match in which the home side should claim all three points. Frankfurt made the Europa League group stages, having overcame Strasbourg in the play-off round. They lost the first leg 1-0, but came back to take the second leg 3-0. They will put up a good fight, but Emery’s men will be confident they can do the job.