​Arsenal have reportedly contacted Reinier Jesus’ father as they look to step up their bid to sign the Brazilian wonderkid from Flamengo.

The Gunners are amongst a host of clubs thought to be admiring the teenage sensation but the north London club look to be one step ahead of their rivals after registering their interest with Reinier’s father. Spanish publication Mundo Deportivo (via the Metro) claim that Unai Emery’s side have made their intentions known and a club official has spoken to Reinier’s father about the possibility of a potential transfer to the Emirates.

Arsenal are not alone in their pursuit of the 17-year-old, though, with ​rumours surfacing in recent days suggesting Barcelona are closely monitoring his progress. Atletico Madrid and PSG have also been linked with a move for Reinier, while ​90min understands that Everton are well positioned to conclude a transfer.

Reinier recently signed a new contract at Flamengo until 2024, which included the halving of a €70m release clause – making him a far more attractive proposition to potential suitors.

He only made his professional debut in July, but has justified the hype surrounding his talent by netting four goals in his opening 11 appearances from midfield. 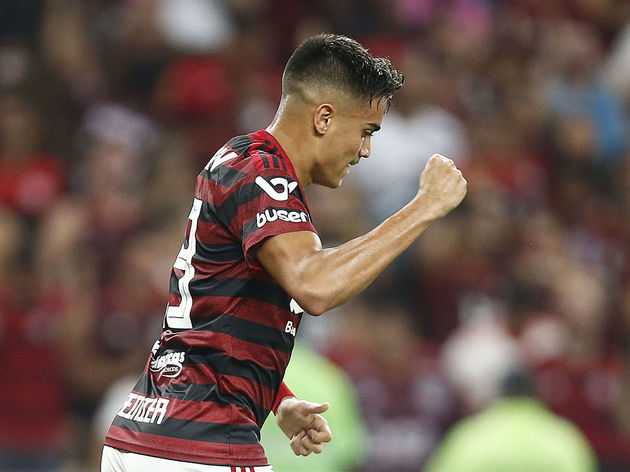 It could be a former Brazilian midfielder who holds the key to Arsenal having the edge over Europe’s elite in acquiring one of world football’s hottest prospects.

A former member of Arsenal’s Invincibles, Edu took up his post as Arsenal’s technical director in July and one of his key roles was to strengthen the Gunners’ scouting and recruitment network.

Given Edu previously held a director’s position with the Seleção, it’s thought he has influence in his homeland and has already played a part in one Brazilian teenager, Gabriel Martinelli, moving to the ​Premier League.

The 18-year-old joined from Ituano from around £6m in the summer and has made a promising start to his career at the club. Arsenal’s South American starlet has scored seven times in just nine outings in all competitions this season – his standout performance to date coming in the thrilling 5-5 thriller with Liverpool at Anfield, a game in which Martinelli scored a brace.

​been claimed that Barcelona are ‘disappointed’ at failing to conclude a deal, suggesting he has a big future in the game. In Reinier, Arsenal may be chasing a player of similar ability – and will be keen to get a deal over the line before a rival makes their move.