The 27-year-old, who has been capped ten times by Germany, has just 18 months remaining on his current contract at the BayArena. ​Sky Sports News say that ​Arsenal scouts have been to a handful of Leverkusen’s recent matches to keep a watchful eye on him, and is expected to be one of a number of names put forward to new head coach Mikel Arteta.

Volland is capable of playing as a centre forward or on the right wing, and would be a handy signing considering recent reports have questioned the future of star striker and club captain ​Pierre-Emerick Aubameyang, whose contract also expires in 2021 and there have been a lack of reports regarding him signing an extension.

The Leverkusen man joined Die Werkself in 2016 from fellow ​Bundesliga side Hoffenheim, and has gone on to score 38 goals in 107 games for them. So far this season, he’s scored seven times and assisted seven more in 25 games in all competitions, as Leverkusen have struggled to replicate their form from the 2018/19 season.

They sit sixth in the Bundesliga table and though they are just two points outside the top four, they’ve been lagging behind while domestic rivals Borussia Dortmund, Borussia Monchengladbach and RB Leipzig have all pushed on to threaten Bayern Munich’s dominance in Germany. 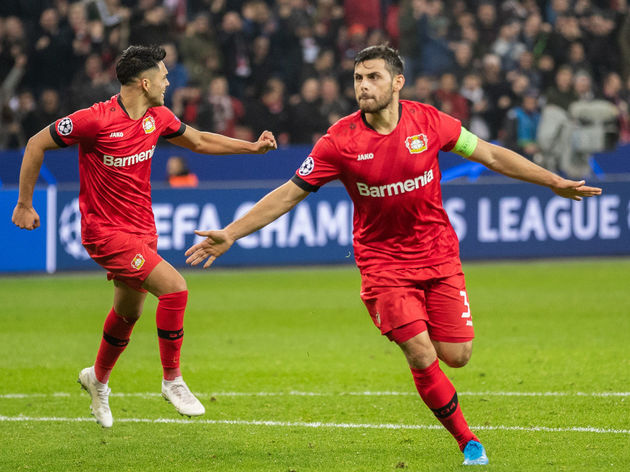 Despite being one of Leverkusen’s key players and the lack of strikers Germany have, he hasn’t featured for the national side since 2016.

Volland is not the only forward who has been linked with a ​transfer to the Emirates Stadium recently. Napoli and Belgium star Dries Mertens is ​reportedly the subject of interest from the Gunners, but they face competition from Bayern and Borussia Dortmund in the race to secure his signature.