The Gunners have agreed a €4 million [£3m] fee with Nice for Ospina, who performed impressively during the World Cup, and are also in advanced talks with Atletico to sign Manquillo on a season-long loan deal.

Arsenal are confident that deals for the pair can be wrapped up within the next week as they continue to reshape their squad following the landmark €40m [£32m] capture of Alexis Sanchez last week.

With the signing of Mathieu Debuchy from Newcastle for an initial €10m [£8m] also expected to be announced by Wednesday, the surge of activity at the Emirates Stadium demonstrates Arsene Wenger’s eagerness to use the €126m [£100m]-plus transfer kitty at his disposal this summer. 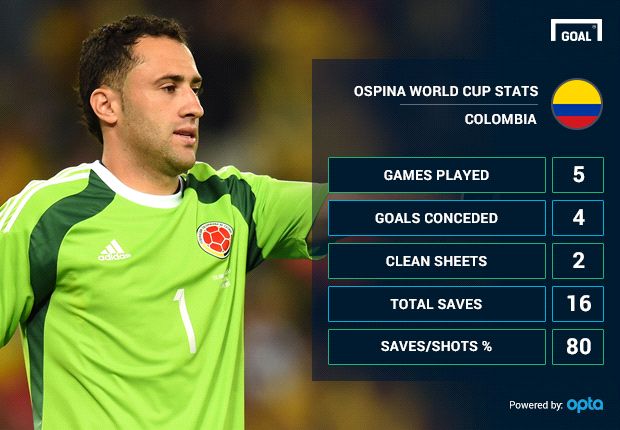 With two new right-backs set to sign for Arsenal, Carl Jenkinson is expected to be sent out on loan for the forthcoming season in order to play regular first-team football.

The probable signing of another senior international keeper will also provide strong competition for Wojciech Szczesny, who was regularly the No.1 choice in both the Premier League and Champions League last season but was overlooked for their successful FA Cup campaign.

Wenger moved for Ospina after Arsenal failed to agree a fee for David Marshall during talks with Cardiff City. The Gunners were unwilling to pay more than €7.5m [£6m] for the 29-year-old Scot, while the Championship club were holding out for more than €10m.

Ospina, 25, is regarded as good value given his experience and the Gunners are in a strong position to negotiate a lower fee as he only has a year remaining on his Nice contract.