​Arsenal chief executive Ivan Gazidis reckons the club’s former captain Mikel Arteta could return to take over as coach when Arsene Wenger departs in the summer.

The Premier League’s longest-serving manager announced his decision to walk away from his managerial role at the end of the season, and the Gunners are now poised to do something they haven’t done in a very long time: look for a coach during the summer break. 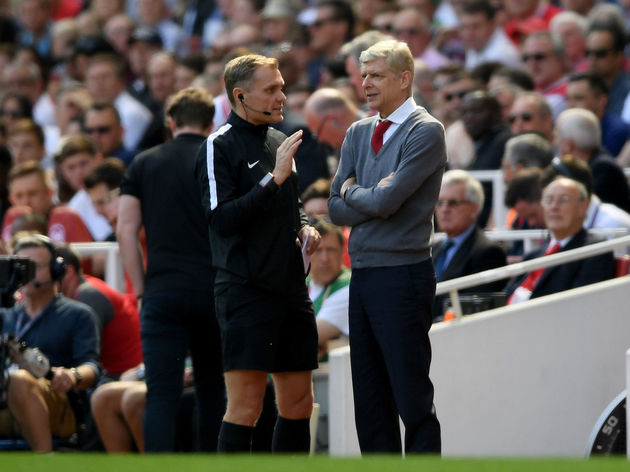 According to ​Sky Sports, Gazidis “believes Mikel Arteta could be the man to replace” the Frenchman.

Gazidis will be the one to recommend a new boss to majority shareholder Stan Kroenke, and Sky report that, despite Arteta’s lack of experience, Gazidis feels he has what it takes to be a good manager at the club. Arteta is currently employed by Manchester City and is quickly building a name for himself as one of the best assistant managers around. Working under Pep Guardiola hasn’t hurt his reputation, either.

Last week, Gazidis expressed the club’s desire to keep their managerial search under wraps. But he is said to have briefed 200 members of the club’s staff on Monday, letting them know how he would like the hunt to be carried out.

The club had held back on approaching potential managers before Wenger made his announcement, out of respect, but they will be holding discussions with candidates this week.

Several managers were tipped to take over the reins at the club even before Wenger’s statement, and Friday’s bombshell has only served to intensify the rumours.

Former Barcelona Luis Enrique is now understood to be the favourite. But the Spaniard is also said to be a target for rivals Chelsea, as Antonio Conte’s future remains unclear.

Meanwhile, former Gunners midfielder Patrick Vieira has since ​ruled himself out, claiming he is happy with his current job at New York City FC for the time being.