​Arsenal and Chelsea’s hopes of making Massimilliano Allegri their new manager for next season are seemingly over after the Italian confirmed he will be staying at Juventus for at least another year.

Allegri has enjoyed another successful campaign with Juventus who are in pole position to clinch their seventh consecutive Serie A title and also find themselves in the final of the Coppa Italia where they will face AC Milan.

Despite being knocked out of the Champions League in the quarter finals by the holders Real Madrid, they have still reached the final twice in the last four seasons and have established themselves as one of the strongest sides in Europe, and Allegri has been central to their success. 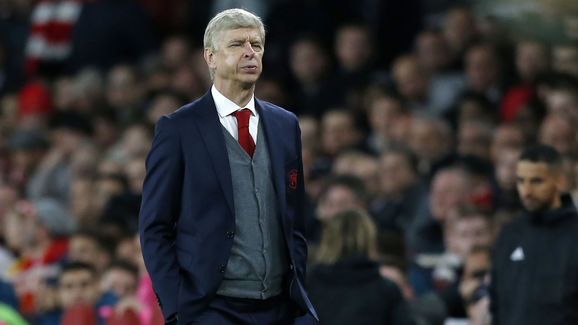 His success at Juve was enough to draw interest from a number of Europe’s top club, including Arsenal and Chelsea.

The Gunners are definitely in need of a new head coach this summer, after Arsene Wenger announced his decision to leave the club after 22 years. Meanwhile, Antonio Conte looks likely to move on from Chelsea in the summer and ​Allegri has been a name mentioned in connection with both clubs.

Allegri has confirmed he is staying at Juventus for another season – “I decided my future a year ago”. Current contract runs until 2020

Now, it looks as though their interest has come too late as Allegri (speaking in his pre-match press conference) was quoted on Twitter saying: “I decided my future a year ago.”

Now Arsenal’s interest in Wenger’s replacement must turn elsewhere, with the likes of Carlo Ancelotti and Luis Enrique still being linked with a move to the Emirates. As for Chelsea, it’s still not known whether they wish to keep Conte next season however this still remains to be a big blow for those Chelsea fans who wanted Allegri at Stamford Bridge.