​Arsenal were one of a number of European clubs in attendance during Feyenoord’s Eredivisie game against FC Emmen at the weekend to keep tabs on talented youngster Orkun Kokcu.

17 – Orkun Kökcü (17 years, 345 days) became the youngest goalscorer for Feyenoord in the Eredivisie since Tonny Vilhena in 2012. Debut.

According the the ​Daily Mail, ​Arsenal were joined in the stands by Bundesliga side Borussia Dortmund and Eredivisie giants PSV Eindhoven to monitor the midfielder who is viewed as one of the brightest talents in Europe.

Kokcu rose to prominence last season for Feyenoord’s Under-19 side, having scored 17 goals as well as provide an astounding 34 assists.

His attacking exploits have also continued at national team level, with the midfielder scoring three goals and providing 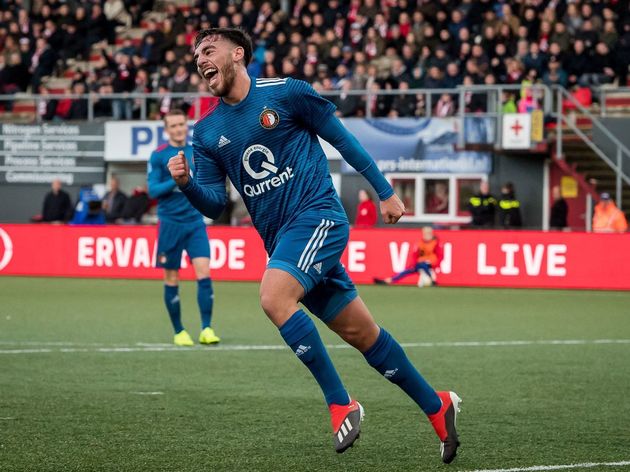 It’s unclear whether, if at all, Feyenoord would be willing to let go of Kokcu once the transfer window reopens at the turn of the year, although a deal involving him returning to Feyenoord on loan could be an option.