Arsenal came from behind to defeat Tottenham 4-2 in a stunning north London derby on Sunday afternoon.

After a blistering start, Arsenal were given the opportunity to open the scoring after just nine minutes when Jan Vertonghen conceded a needless penalty for a handball in the box. Pierre-Emerick Aubameyang stepped up and duly tucked the spot kick away for his ninth league goal of the season. Ten minutes into the second half, the game took another twist and Arsenal found themselves back in contention. Aubameyang curled in a deflected effort from outside the 18-yard-box for his second of the match, giving the Arsenal supporters a much needed lift in the process. Arsenal, seemingly buoyed by that equaliser, roared back into life and struck two quick fire goals to put them virtually out sight. Alexandre Lacazette restored Arsenal’s lead with a deflected strike and Lucas Torreira bagged his first goal for the Gunners with a close range effort soon after.

Matters were made even worse for Tottenham with a few minutes left on the clock when Jan Vertonghen was given his marching orders for a hefty challenge on Lacazette. That proved to be the last action of the game, with Arsenal holding firm to secure a famous victory.

If this season has taught us anything about ​Arsenal, it’s that it is simply impossible to judge them on their first half performances alone. As has been a common occurrence this season, Unai Emery’s men found themselves behind at half time having suffered a dramatic collapse at the end of the first half.

However, their second half fight back deserves some serious credit, especially when you consider the context of the match. Arsenal are proving themselves to be genuine contenders for the top four this season and if they can sort out their first half performances then there is no reason they shouldn’t dare to dream a little.

When you consider the fact that ​Aubameyang hasn’t always been able to secure a spot in Arsenal’s starting XI this season, his goal scoring record is even more impressive than it appears on paper.

The Gabonese striker was on electric form throughout and his second goal illustrates the fact that he is capable of scoring pretty much any type of goal – regardless of where he finds himself in the final third. There is now a strong argument to suggest that he is the best striker in the Premier League.

There were shades of Thierry Henry in the way Aubameyang took that second goal. #nld

Lukasz Fabianski was the last goalkeeper to save a Pierre-Emerick Aubameyang shot on target in the Premier League – 99 days ago (25th August). Now 10 successive shots on target scored in the competition.

After their recent performances against Chelsea and Inter, ​Tottenham would have been full of confidence going into this one. 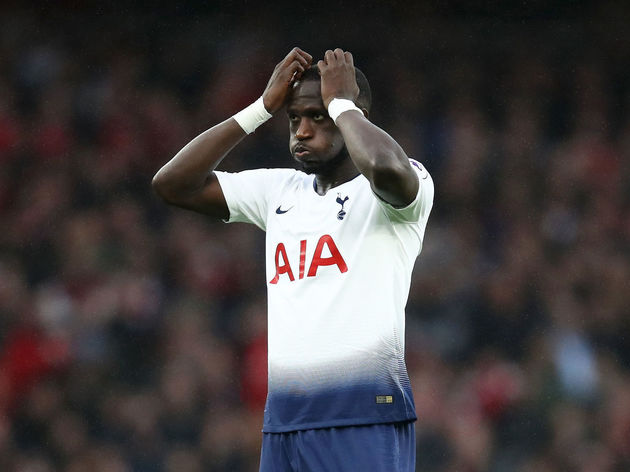 However, other than the ten minute spell during the first half where they were able to put themselves ahead, Spurs looked virtually unrecognisable in this one. It is difficult to tell whether they were left fatigued after their recent run of games or if the occasion simply got the better of them, but they just weren’t on it.

Losing to Arsenal isn’t a disgrace by any means, but the manner of the defeat will be difficult to take for Mauricio Pochettino.

No one covered themselves in glory for Tottenham, but ​Son deserves some credit for his first half performance.

The South Korean was busy and cause Hector Bellerin a number of problems down the right flank with his pace and trickery, but he unfortunately drifted out of the game as it wore on – as did a number of his teammates.

Heung-Min Son’s first half vs. Arsenal by numbers:

Vertonghen and his inexperienced centre-back partner Juan Foyth never looked comfortable in their surroundings, but the Belgian’s red card put him directly in the spotlight. It was an uncharacteristically poor performance from a player who has proved himself to be a consistent performer in the big matches before now.

Both sides will have a short rest period before returning to Premier League action on Wednesday. Arsenal travel to Old Trafford to face their old rivals Manchester United, whilst Tottenham host struggling Southampton at Wembley Stadium.