​Arsenal left it late against Europa League minnows Vitória SC to extend their lead at the top of Group F as two stunning free kicks from Nicolas Pepe stole victory at the Emirates on Thursday night.

It was Vitória who shocked the home side and drew first blood, with former Tottenham youth product Marcus Edwards getting on the end of Victor García’s cross after Kieran Tierney failed to challenge the Venezuelan.

Arsenal looked weary in response until Gabriel Martinelli gave the Gunners a glimmer of hope, heading in a spectacular Tierney cross. 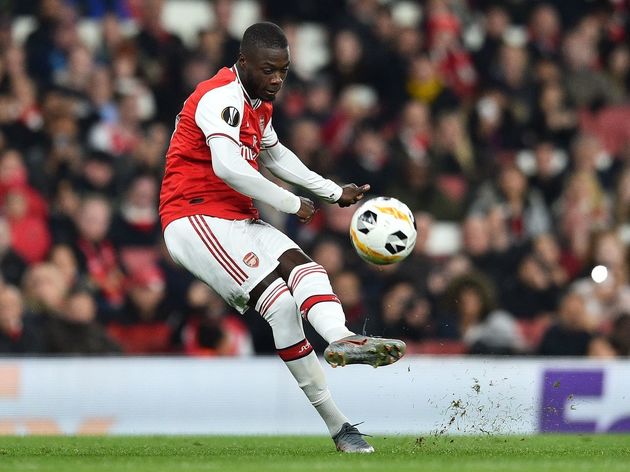 The north London side were pegged back for a second time as Duarte da Silva finished emphatically following Martinez’s parry.

Arsenal continued to dominate possession without creating too many clear cut chances, and it took two fantastically taken left-footed free kicks from record signing Pepe to overcome the Portuguese side.

Truth be told, it was a poor display from the home side, but Arsenal will still be happy to collect all three points after an entertaining evening.

The introduction of Nicolas Pepe in the 75th minute allowed the substitute to show Arsenal fans what he is capable of.

His two free kicks were almost carbon copies. The first seemed to catch Vitoria’s Miguel Silva napping, with the goalkeeper getting his feet in a mess before the ball swung past him. 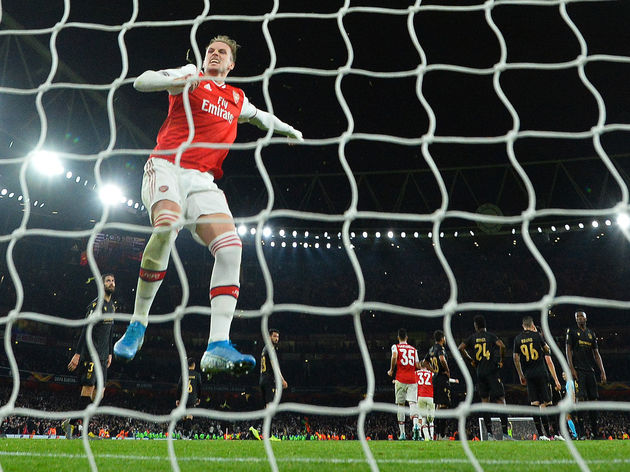 But the second was an improvement on the first. The Ivory Coast international sent an arching shot over the wall and past Silva, who barely had time to make a proper effort.

Slowly but steadily, we’re starting to see the best of Pepe. His performance in Sheffield on Monday night was encouraging, but this is the first tangible sign that he can be a match winner for the Gunners. Fans will be hoping he can produce a similar performance on Sunday against Crystal Palace. Pepe came off the bench, had barely 20 minutes to make an impact and ended up winning Arsenal the game with two glorious free kicks.

That’s why you pay £72m for player like this. He changed the game the moment he came on. Asked for the ball whole time, he knows he can create a comeback in just few minutes. Nicolas Pépé is going to be a trouble ​Arsenal face ​Crystal Palace on Sunday. Their next Europa League game is again against Vitoria in early November.