The Gunners came from behind to put Mark Hughes’ men to the sword at the Emirates Stadium on Saturday, with Theo Walcott, Mesut Ozil and Alex Iwobi all on the scoresheet

Arsenal came from behind to record a 15th consecutive home win over Stoke City as Arsene Wenger’s side moved top of the Premier League on goals scored with a 3-1 victory.

The hosts climbed above Chelsea, who face West Brom on Sunday, but had to do it the hard way at Emirates Stadium as they made it 14 top-flight games unbeaten.

But the match swung on an eight-minute spell either side of half-time, with Theo Walcott levelling before a rare Mesut Ozil header put Wenger’s men ahead.

The visitors have now been beaten on all nine Premier League visits to Arsenal, who added late gloss through substitute Alex Iwobi.

Arsenal – fielding the same line-up as that which started the 5-1 win over West Ham last weekend – secured top spot in their Champions League group with a midweek 4-1 victory at Basel, but faced sterner opposition on Saturday.

Marc Muniesa, who opened his Stoke account against Burnley last time out, unleashed a stunning 35-yard volley that was tipped over by Petr Cech after three minutes, while Xherdan Shaqiri failed to get a shot away at the end of a promising attack.

Lee Grant was caught dwelling on the ball in the box at the other end, inviting pressure from Alexis Sanchez, who saw his block from the goalkeeper’s attempted clearance go behind for a goal kick.

But Grant was much more alert when Walcott escaped inside the area and drew a smart near-post stop from the 33-year-old in the 12th minute. 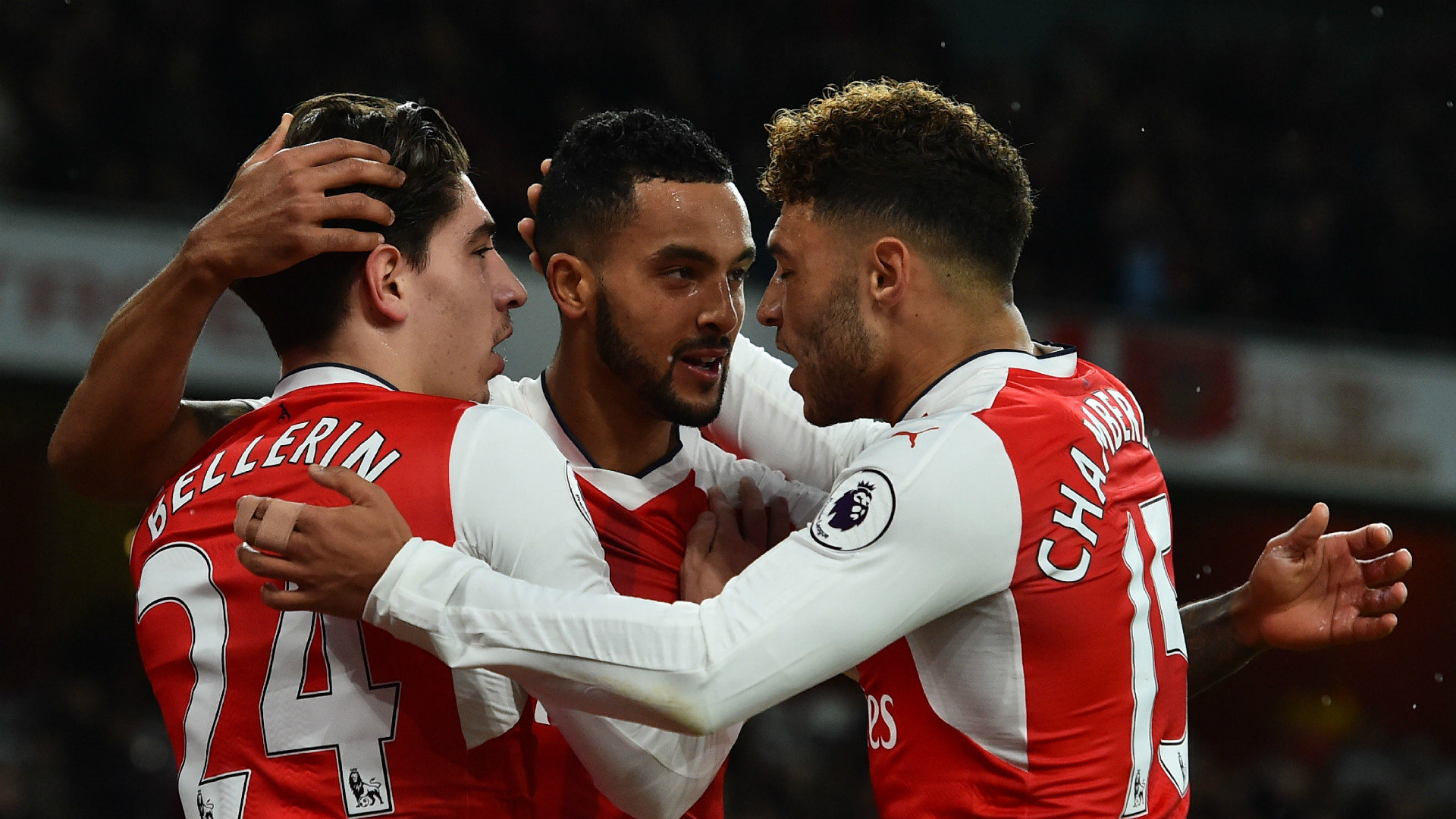 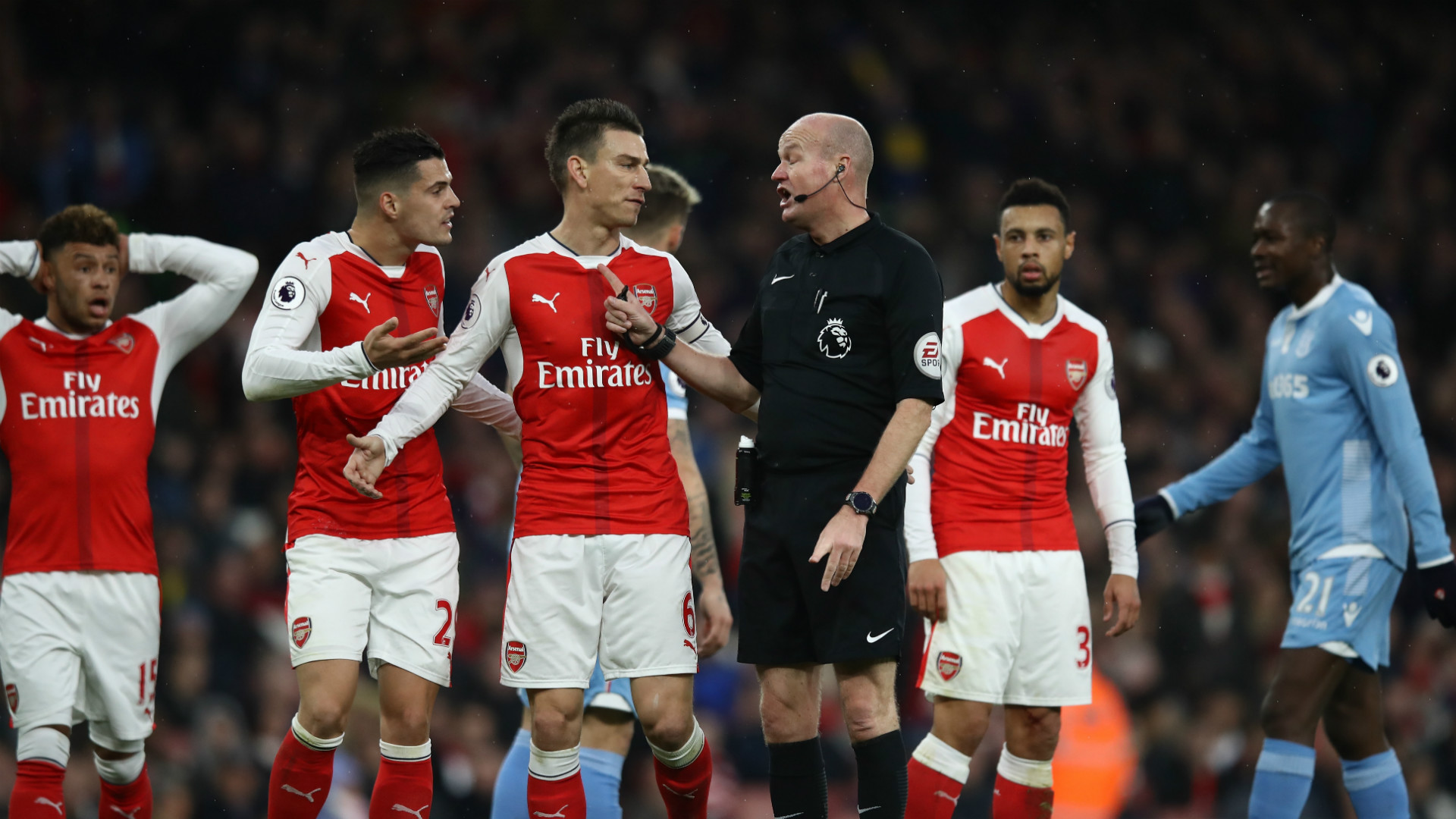 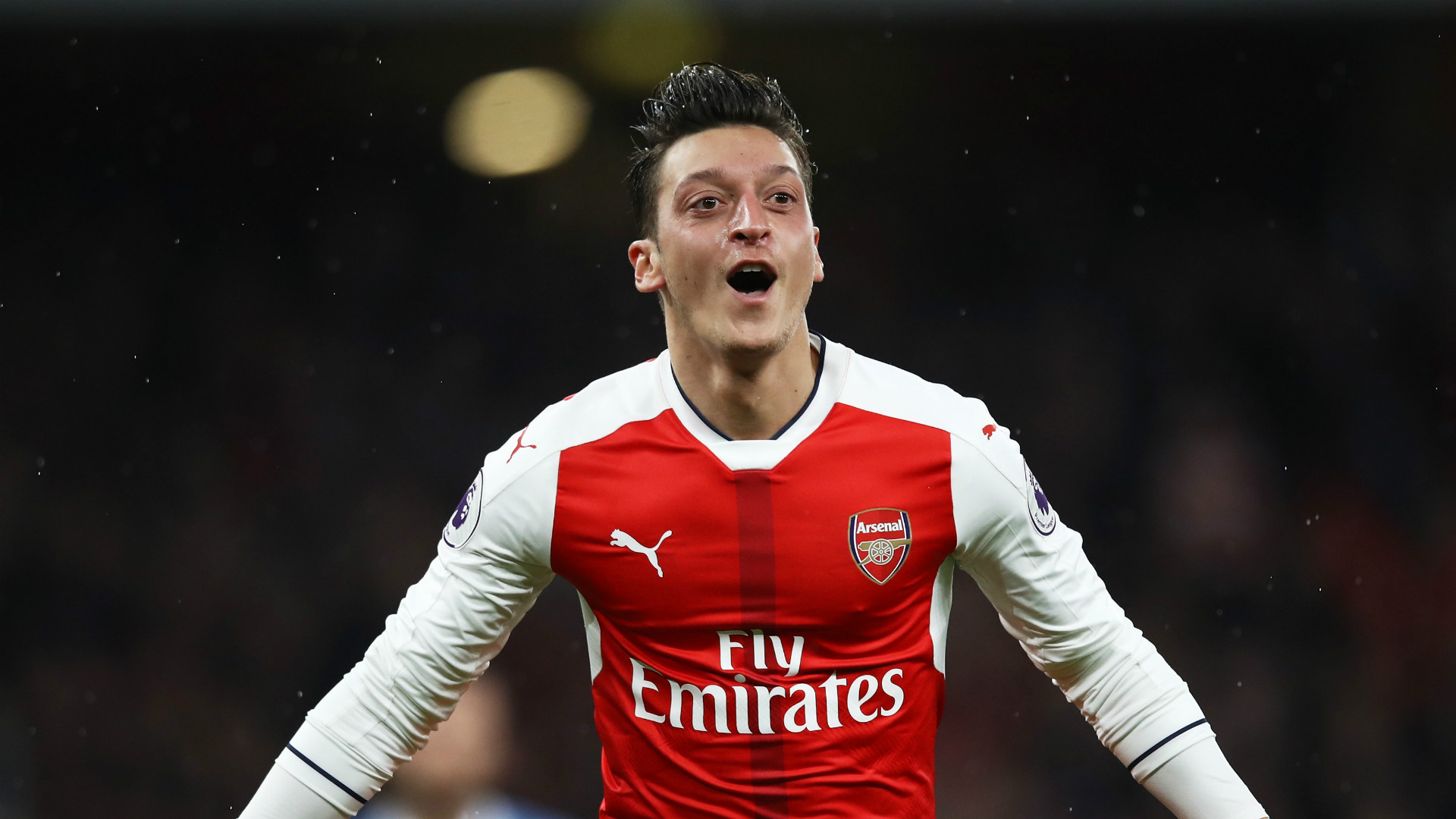 The chances continued to come and Allen sliced wide when well placed midway through the first half, while Arsenal’s cause suffered a blow when Shkodran Mustafi was forced off with an apparent hamstring injury.

And the hosts were soon behind, with Xhaka’s inadvertent elbow on Allen handing Adam, who turned 31 on Saturday, the chance to convert from the spot and he duly obliged.

Arsenal sought a quick response before the break and Mame Biram Diouf made a superb clearance to snuff out the threat when Ozil was lurking.

The leveller arrived three minutes before half-time, though, as Walcott netted a simple finish at the near post to cap some excellent build-up play from Wenger’s side.

Ozil completed the turnaround five minutes into the second half, flicking a header over the stranded Grant from Alex Oxlade-Chamberlain’s lofted pass.

Stoke had proven more than a match for their high-flying opponents in the opening 45 minutes, but faded in the second period despite creating a couple of presentable chances.

A wayward Marko Arnautovic strike underlined their growing desperation, though Diouf did spurn an excellent opportunity to head on target when he rose to meet Adam’s left-wing cross and nodded across goal to nobody in particular.

Peter Crouch was brought on for the final 20 minutes and immediately forced Cech into a fine save with a powerful downward header, but Iwobi sealed it with a calm finish after collecting Sanchez’s pass and racing through to curl past Grant.