Arsenal reached the Europa League quarter finals on Thursday with an assured performance to see off AC Milan at the Emirates Stadium.

Arsene Wenger’s side welcomed AC Milan to north London with high hopes of advancing to the quarter finals of the competition. As the first half reached its midway point the deadlock remained despite a sudden burst of end to end football which saw Danny Welbeck pick up the best chance of the opening stages – receiving the ball deep down Milan’s right, though the England striker was unable to beat the goalkeeper at the near post. 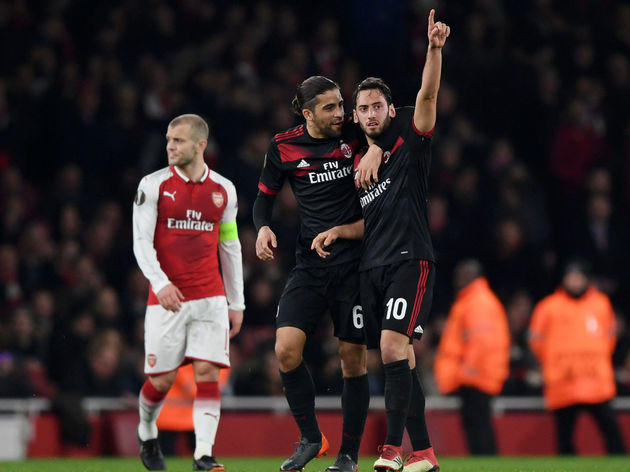 sent a torrent of panic through the Emirates stadium with a thunderbolt of a strike from more than 25-yards out, beating an outstretched David Ospina. Granit Xhaka had failed to get close to his man and Arsenal were punished through his mistake.

Only seconds later the drama continued –