Alexis Sanchez, Theo Walcott and Mesut Ozil were in on the goals as Arsene Wenger’s men picked up a fourth consecutive win in the Premier League

Arsenal cruised to a comprehensive 3-0 win over Chelsea to hand Antonio Conte’s side back-to-back Premier League defeats in the London derby at Emirates Stadium.

A match expected to be a closely contested affair was blown apart in the 11th minute when Alexis Sanchez capitalised on a dreadful error by Gary Cahill to open the scoring on his 100th Arsenal outing.

Theo Walcott – also reaching a milestone in his 350th game for the Gunners – added a quickfire second, crowning a glorious passing move, and there was further attacking brilliance as the influential Mesut Ozil made it 3-0 five minutes before half-time.

A first league win over the Blues since October 2011 moves Arsene Wenger’s team up to third in the table behind Manchester City and Tottenham, who meet next weekend, while Conte has work to do as the early stages of his Chelsea reign veer off course.

Former Arsenal captain Cesc Fabregas made his first league start of the season, on the back of scoring twice in Tuesday’s 4-2 EFL Cup win over Leicester City, but Arsenal swamped their opponents in central areas, while reverting to a back three early in the second period did nothing to restore Chelsea’s poise.

They have added a solitary point after three consecutive wins at the start of the campaign and are now down in eighth, below Crystal Palace on goal difference.

Arsenal midfielder Santi Cazorla had an early shot pushed to safety by Thibaut Courtois but Chelsea appeared to have settled quickly before a moment to forget from Cahill.

The England centre-back received the ball from Branislav Ivanovic under slight pressure and hesitated before playing an ill-advised and under-hit backpass that Sanchez pounced on to race towards goal and chip home a classy finish.

If the opener was entirely Chelsea’s making, they could do little two minutes and 19 seconds later as Cazorla, Ozil and Alex Iwobi combined in a slick passing move before Walcott converted Hector Bellerin’s low cross.

Willian flashed a drive across goal wide and Eden Hazard had a shot blocked as Chelsea’s creative talents sought a response, but their humiliation continued five minutes before half-time. 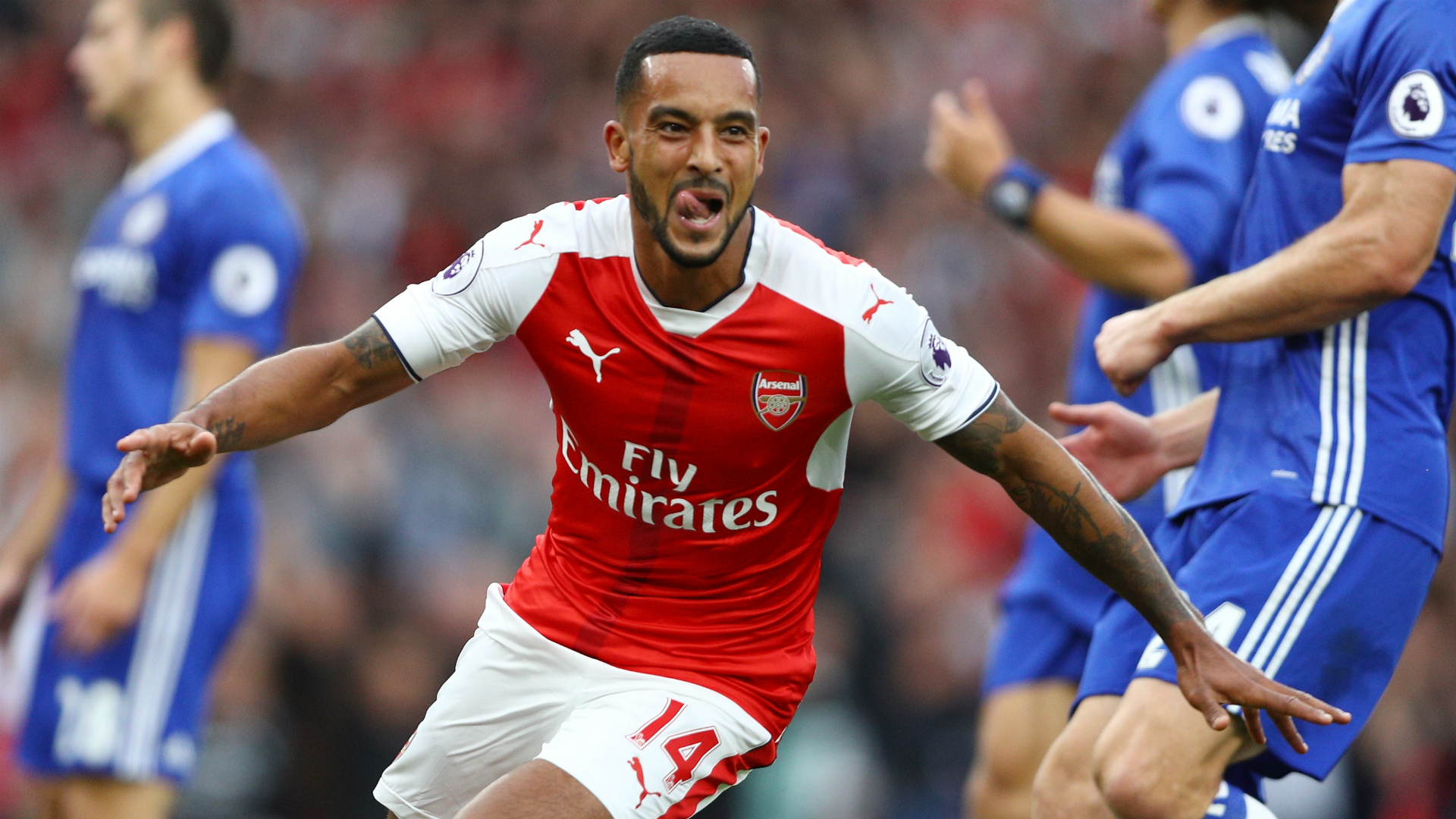 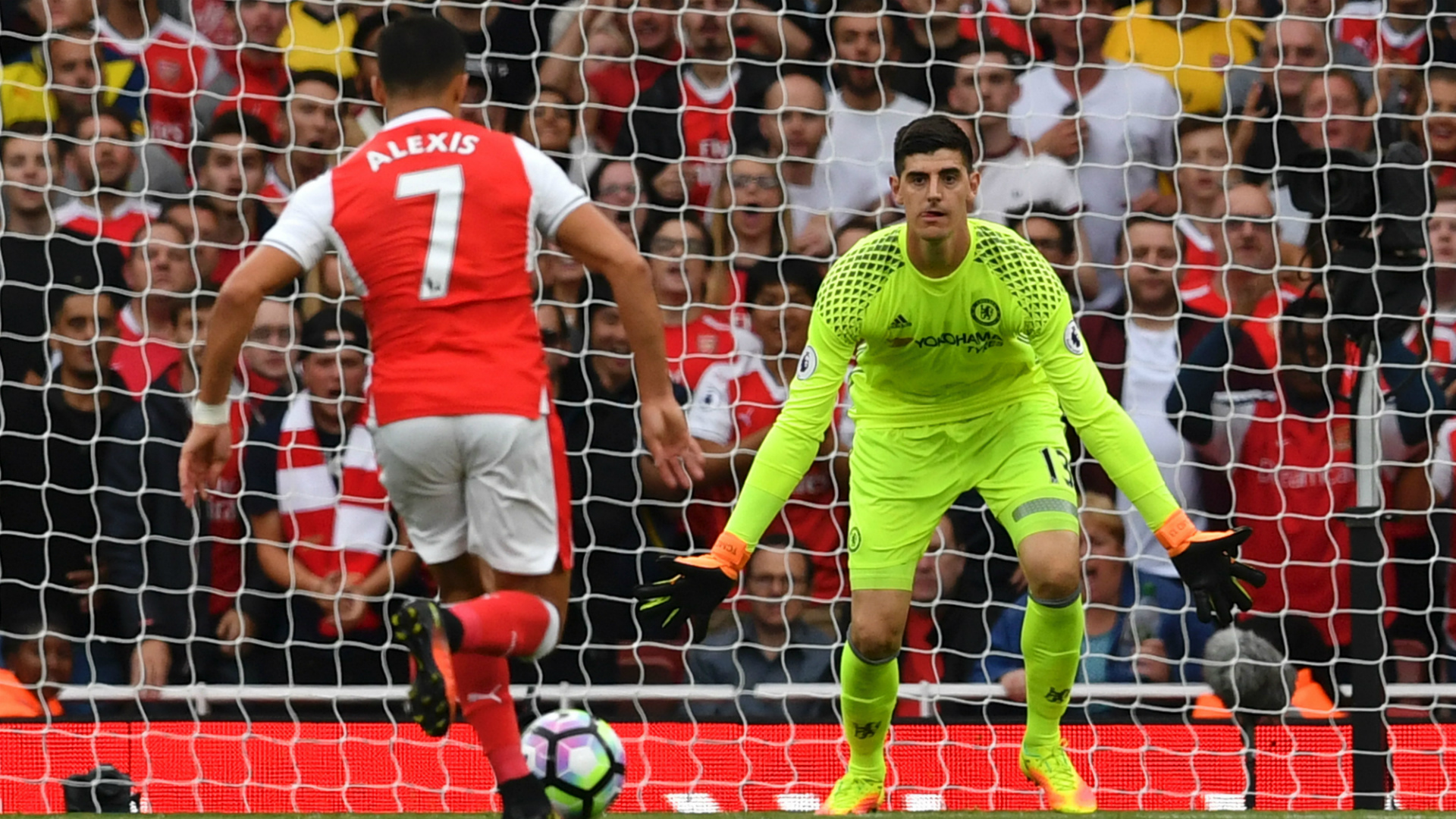 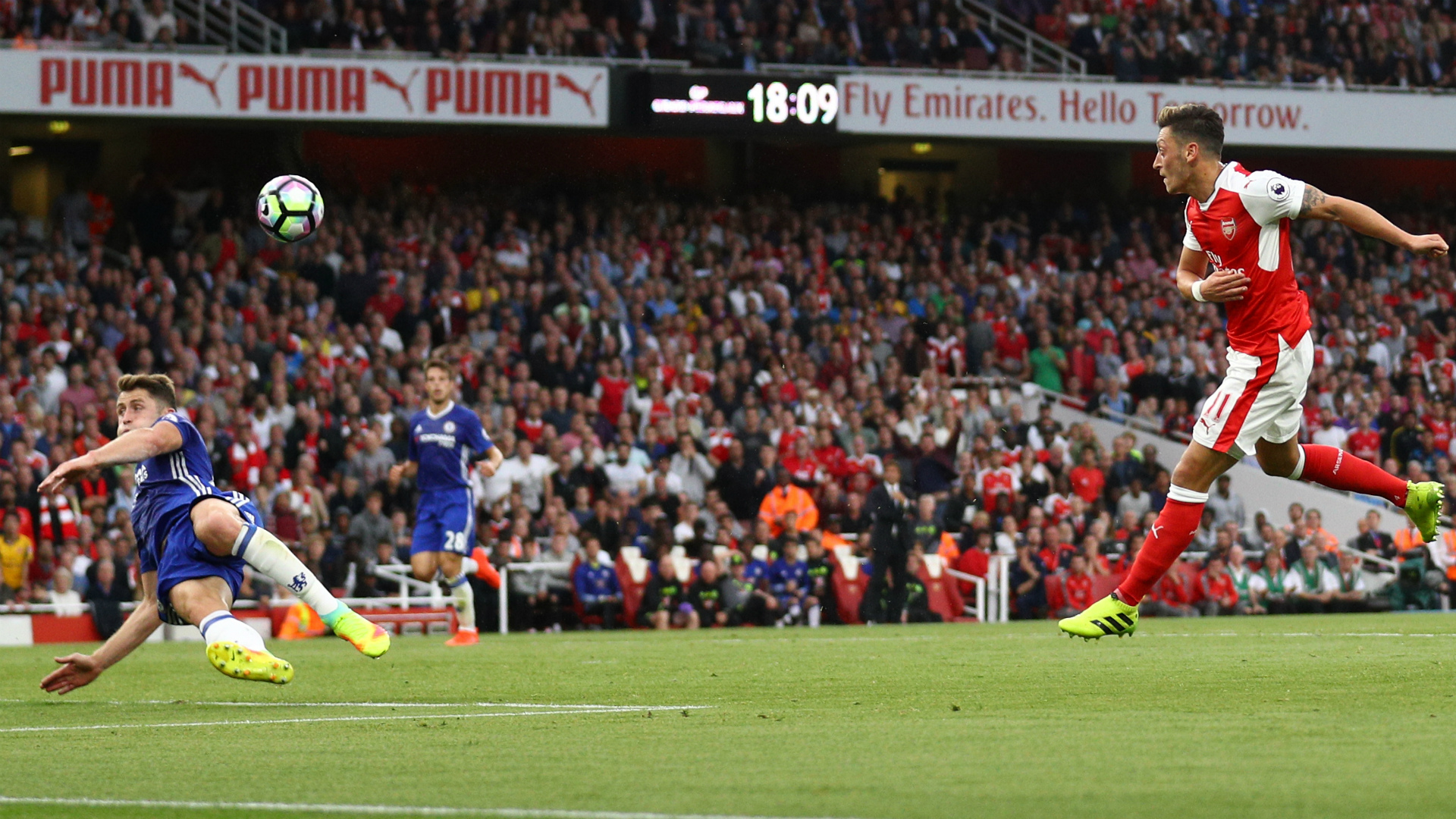 Ozil was at the heart of things once more, spinning away from N’Golo Kante and galloping forward on the break to receive a chipped return ball from Sanchez.

The strike that sealed another wonderfully worked goal was not completely cleanly hit, but Ozil’s volley into the turf sailed over Courtois and in off the far post.

Granit Xhaka was on for the injured Francis Coquelin by that stage and early in the second half the Switzerland international released Walcott inside the Chelsea box but his attempt to pick out Sanchez was wasteful.

Guardiola getting the best out of Aguero

The ineffective Fabregas made way after 54 minutes at the scene of his former glories, with Marcos Alonso’s introduction heralding a switch to the 3-5-2 formation Conte favoured at Juventus and with the Italian national team.

Arsenal still continued to cut through his team at will and Courtois was furious at the flimsy defensive cover in front of him when he denied Walcott with his legs in the 69th minute.

Further gloss to the scoreline never arrived but this was nevertheless one of the most comprehensive wins over a fierce rival that Wenger has enjoyed during a reign one week away from its 20th anniversary.