A late Alexandre Lacazette goal stole a 2-2 draw for the Gunners against Southampton in the Premier League, as the pressure continues to pile on manager Unai Emery.

Southampton silenced the home crowd early on as they opened the scoring inside the first eight minutes. Some shocking Arsenal defending for a quick free kick allowed Danny Ings to be played through on goal by Ryan Bertrand, and the striker tucked home beautifully in off the near post.​ However, replays showed that the ball may have been moving when the free-kick was taken.

​Arsenal weren’t to be behind for too long though, as ​Lacazette smashed home from close range after ​Pierre-Emerick Aubameyang’s shot deflected into his path following a cracking cross from Kieran Tierney.

Despite that goal, the Saints seemed to be the side who were creating the better chances, with Ings having a couple of shots just wide. Both teams went into the break with the game delicately poised, but Arsenal would have to improve massively after registering just one shot on target.

The Gunners improved after the break with Nicolas Pepe coming on. A front four of Mesut Ozil, Pepe, Aubameyang and Lacazette was causing Southampton more problems.

However, the Saints won a penalty midway through the second half, when Kieran Tierney foolishly pulled down Ings in the penalty. James Ward-Prowse’s penalty was saved, but he managed to tuck away the rebound. You’d think that this would have kick-started Arsenal into life. You couldn’t be more wrong. They persisted to labour and create little, as boos rang out around the stadium. Southampton continued to be the better team for the majority of the game.

Deep into stoppage time though, substitute Gabriel Martinelli played a brilliant ball into the feet of Lacazette, who stabbed home at the back post in the 95th minute.

Unai Emery has been under massive pressure for a while now, and with just one win in their last seven games in all competitions, the Spaniard would have been desperate for a result to relieve some of the pressure on him.

It was another dismal performance from his side, especially defensively. Southampton were creating chances every time they went forward. Even offensively the Gunners lacked ideas. There was such a lack of intensity throughout the side. 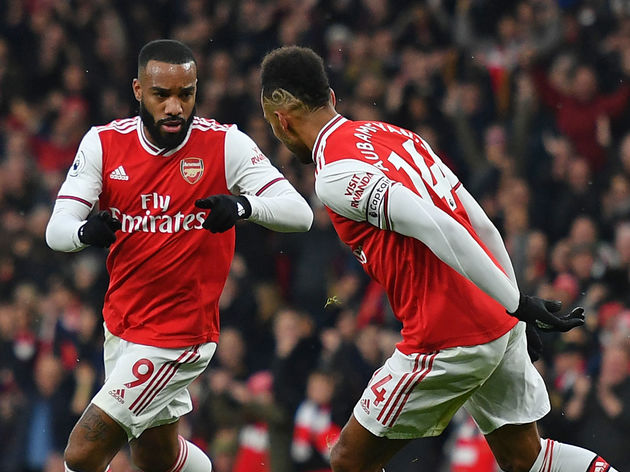 Despite scoring a late goal, this result and performance simply isn’t good enough for the Gunners, and cries for Emery’s head will be getting louder and louder.

It was a poor performance from the Gunners and most of their players, and it would have been easy to give Lacazette the star man award. However, the Frenchman was extremely poor throughout the game, despite his brace.

But Tierney is beginning to show the quality that made him so highly-rated at Celtic. Despite Arsenal’s defence looking incredibly shaky, the Scot was solid on his side of the pitch and continued to offer a threat offensively. He was the man who put in a lovely ball which in the end led to the first goal.

However, the left-back was caught out poorly for the penalty, which tarnished an other wise good performance.

Tierney is our best player. I don’t think that’s debatable

Tierney has been very good. Can’t say that to 90% of the players out there

Tierney is sooo good that even playing under Emery don´t make him look bad.

The Saints have been staring relegation in the face in recent week, and Emery wasn’t the only manager patrolling the touchline under significant pressure. 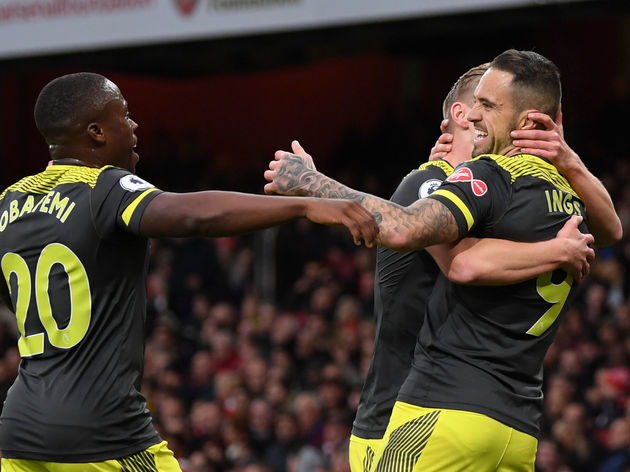 Conceding a late equaliser would have been heartbreaking for the Saints, as three points would have been a spectacular remedy for recent results. However, they would have taken a draw before the game, and now need to build on this performance and push on.

Southampton worked hard all game, but Danny Ings up front was the epitome of that. His all round play was fabulous, and his constant running and pressing was a nuisance to Arsenal. It was a terrific performance from the in-form striker, and his lovely finish was fitting of his great performance.

We wanted balls and steel. We have shown that. Also some flair, some fight and bollox to actually attack a decent team. Tactics are bang on, and look at that bench too. Love Oriol but we look fluid without him today. Reds, Stephens, Jan, Ings been brilliant. Keep it up #SaintsFC

Danny Ings had as many shots (3) as the entire Arsenal side combined in the first half at the Emirates Stadium. [@Squawka] #afc

Arsenal now return to European action, as they host German side Eintracht Frankfurt in the Europa League on Thursday. They follow that up with a trip to relegation-threatened Norwich City.

​Southampton have a pivotal game coming up next weekend as they return to St. Mary’s to take on fellow strugglers Watford, in what is undoubtedly a six-pointer.