​It was the beginning of the end for Arsenal. A miserable climax to the league season had already consigned the club to their first finish outside of the top four since 1996, with all that was left to salvage the 2016/17 term being the opportunity to etch their names into English football history.

12 FA Cup triumphs had meant they were tied with Manchester United as the competition’s most successful club. The only thing standing in their way to extend that was Antonio Conte’s Chelsea.

Defeat at the Emirates Stadium earlier in the season was the springboard for the Blues’ league dominance. Having been humbled in north London 3-0 back in September 2016, Conte’s decision to switch to a 3-4-3 formation at half-time of that loss proved to be a masterstroke, and ​Chelsea began their march towards an eventual seven-point ​Premier League title winning margin.

​Arsenal, on the other hand, missed out on Champions League qualification by a solitary point, and Wenger’s reign in charge of the club had reached its lowest point.

What it did do, however, was set the stage for a Wembley showpiece in which one side had something to gain, while the other knew winning would simply add gloss to an already superb campaign.

Four minutes in and controversy struck. Alexis Sanchez’s clear handball in the build up to his opener somehow evaded the officials’ gaze – an overturned offside call was also involved – and that stroke of luck prompted an alternative narrative for the remainder of the clash.

Having been the underdogs ahead of kick off, the tide of the contest turned on a sixpence. A superb display from Wenger’s beleaguered squad got even better 68 minutes in, when a flaccid attempt from Victor Moses to secure a penalty failed to fool Anthony Taylor, who duly sent him off for simulation.

Yet, three years on from similar heroics against Hull City on this very stage, ​Aaron Ramsey got on the end of ​Olivier Giroud’s smart cross to hand the initiative back in Arsenal’s favour mere moments later.

A dire season slightly salvaged, and a fabulous campaign tinged with a degree of disappointment. That would be the final take from Wembley, as Arsenal, and Wenger, made history. Finishing fifth in the Premier League signalled the end of two things. Firstly, Arsenal’s place in the top four. And secondly, Wenger’s legacy risked being tarnished, with the likelihood of extending his spell in charge losing traction by the day.

So when the Gunners put in a magnificent display of desire, character, fight and determination on 27 May, for a moment, all that negativity took a backseat.

From top the bottom the Gunners were outstanding. Sure, luck was on their side for the opener, but there is no disguising that they were the better side on the day, even if the wool was briefly pulled over the eyes of the supporters about the trajectory the club were heading in.

Either way, it was a moment to savour. And (at least for now) they remain the FA Cup’s most successful side ever. It’s key to note before showering the German with praise, Per Mertseacker hadn’t started any game for 392 days. When you consider the level of performance he put in, especially considering the quality of opposition, the display was simply astonishing.

An ever so slightly nervy opening dissipated rapidly, and the commanding presence of the central defender was crucial in instilling confidence to the rest of the defence. Costa was no match for the ‘BFG’, and it will go down as one of his finest (if not the finest) showings he put in for the club. It had already been a wonderful season. Conte realised the errors of his way early on in the season, rectifying his formation and guiding his side towards a deservedly won Premier League title. They managed to navigate their way past ​United and ​Tottenham in the quarter and semi-final stages respectively, with the Gunners arguably being the easiest fixture of the three.

There is no doubting their misfortune just four minutes in, but an overall display that failed to live up to the standard of their league campaign came as a surprise. They were outmatched by their inferior opponents, and there appeared to be an element of ‘taking the foot off the gas’ throughout.

Dragging themselves back into the tie with ten men was commendable, but switching off from the resulting kick off was far too casual. Having battled past fellow top flight opposition, there is no quelling the disappointment of their showing in the final. Perhaps doesn’t say much for the quality of an FA Cup final when two central defenders get the man-of-the-match awards, but equally, that shows they had plenty to deal with. On the day, few Chelsea players shone, but Gary Cahill put in a strong showing against the Gunners’ vibrant front three. 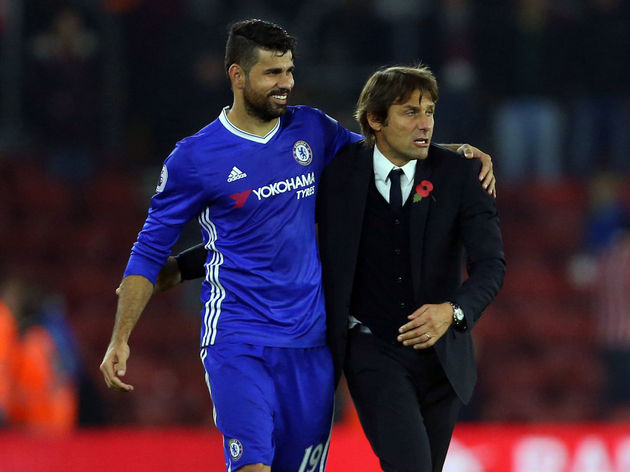 In short, Antonio Conte. Having seemingly set the foundations for something special with his 3-4-3 setup, his next season would be his last, despite seeking revenge in this competition just 12 months later.

Which, takes us onto example 2: Diego Costa.

Part of Conte’s demise came through a simple text message, one basically telling the Spaniard to not bother coming back from holiday. Oh, how such a simple mistake can be so detrimental.

On the Arsenal front, plenty of things aged poorly. Firstly, winning football matches seemed the evade them from thereon in, while ten of the players who played in that game are no longer at the club in some capacity. So, in a sense, the squad aged pretty badly as well.

This is a struggle because, in all honesty, very little did.

Nobody’s careers catapulted after the match, very few players went on the achieve greatness​ and neither manager used this game as a springboard for further success (barring Conte’s subsequent FA Cup win). Both sides would miss out on ​Champions League football via their Premier League position, and neither manager would see their spells in charge last beyond the following campaigns.

Players from both sides would bid farewell to their clubs, as new faces in the dugout brought with them new ideas and new personnel.​

Looking back now, neither side is recognisable. The odd player here and there, but mostly, we’re seeing a totally different Arsenal and Chelsea these days. Oh, how times change.