A lacklustre Arsenal edged past a bright West Ham side 1-0 at the Emirates Stadium on Saturday, with Alexandre Lacazette netting 12 minutes from time. ​

The Hammers made a bright start to the game, with Jarrod Bowen hitting the woodwork early on. Michail Antonio also squandered an opportunity to give his side the lead, before Mesut Ozil looked to test Lukasz Fabianski with a low shot. The Gunners then hit the woodwork themselves as Sokratis powerfully headed against the bar.

Following some clever feet from Nicolas Pepe, Eddie Nketiah raced through but he was unable to find the corner of the net with his shot. After the restart, Nketiah was presented with another opportunity for his side, but again he failed to take his chance. However, the Hammers continued to trouble Arsenal, with Antonio once again coming close.

The game remained very open, and it was Bowen who next tested Bernd Leno. However, the Gunners eventually broke the deadlock with ten minutes remaining. A deflected strike looped up into the path of Mesut Ozil, who nodded it down for Alexandre Lacazette to finish. Following a VAR review, the goal was eventually given. The Gunners were able to hold on to seal all three points.

Here’s 90min‘s breakdown of this one…

Arsenal came into Saturday’s contest having not lost in their last seven league games. However, with the Gunners continuing to occupy a mid-table spot, Mikel Arteta will have been keen to see his side put in a good performance to claim all three points and move up the table.

However, they made a sluggish start to the game. The visitors carved the Gunners open time and time again – Arteta’s men could, and perhaps should, have been 2-0 or 3-0 down. As the half progressed, they began to find their feet and grew into the contest and while they got into good positions, there was a lack of quality in the final third. Moreover, there was clearly a lack of communication. Pepe popped up in clever positions, but he, Nketiah and Ozil appeared to get in each other’s way and, as a result, they wasted golden opportunities. The introduction of Alexandre Lacazette made a difference and while they did manage to claim all three points, it was certainly not a convincing display. Far from it.

Have to say this Arsenal team lack so much desire.. CL football is at stake but we are happy to be outplayed by a team battling relegation .. can see West Ham nicking this #ARSWHU #COYG #ARSENAL #btsport

Arsenal are at times basically playing 4-4-2 with Xhaka as LB, Saka as LW and Ozil on right wing with Pepe and Auba up top. #ARSWHU

Arsenal looked like conceding each time West Ham went forward, while the attackers struggled to decide who should take their chances. However, once Lacazette came on, the Gunners had a focal point and someone to hold the ball up. 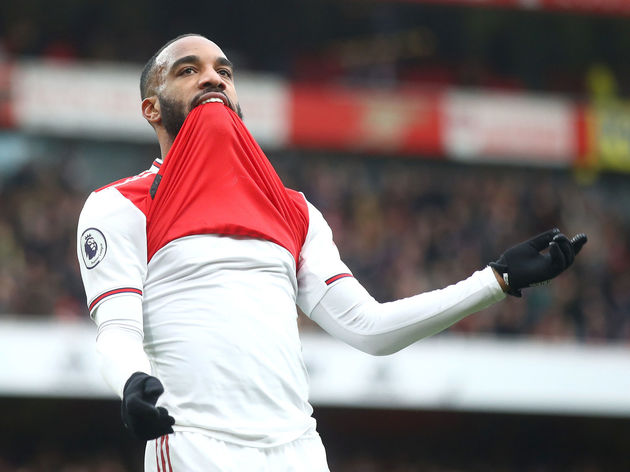 The hosts needed someone to take one of their chances and that is exactly what the Frenchman did. He was unlucky not to be awarded a penalty soon after coming on, but he did soon get his name on the scoresheet – and it was a vital goal. He may not have been on the field for very long, but he certainly made an impact.

West Ham were bright at Liverpool, despite ultimately losing, before picking up a crucial win last time out against Southampton. David Moyes will have been looking for his side to build on their last performance, and they made a strong start to the game.

The away side looked to soak up pressure before breaking at speed – and the plan worked. Each time the Hammers went forward, they looked menacing. Antonio, Haller and Bowen all came close and Moyes will not have know how his side went into the break level. The Gunners did come close to scoring in the first period, but overall, the east Londoners were also resolute at the back, keeping the hosts at bay.

They continued to look bright going forward, but they did eventually concede and despite the visitors’ best efforts, they were unable to find a leveller. Ultimately, a lack of ruthlessness in front of goal cost them. Nonetheless, it may have ended in defeat, but Moyes can take a number of positives from the display.

#AFC have had 78% possession, and hit the bar. But #WHUFC should have three goals here. Have stopped them playing and look dangerous going forward #ARSWHU 0-0 HT

Antonio missed a number of opportunities to score against Arsenal, there’s no denying that. However, the versatile player worked tirelessly to not only provide the cover that his defenders required, but he also showed the energy and awareness to get forward and pick up these pockets of space to pose a threat in front of goal. The 29-year-old continued to test the Arsenal defence all afternoon, linking up with his attacking teammates to great effect. He may not have been prolific in front of goal, but he was at the heart of a bright West Ham display.

Love Michail Antonio! always gives his all, is no slouch in the ability stakes, and looks the type who listens and learn to his coach…The type of player every fan wants in their team. #arswhu #michailantonio #westham

Arsenal next face a trip to take on Manchester City on Wednesday before taking on Brighton the following Saturday.

West Ham, meanwhile, host Wolves next Sunday before they travel to take on London rivals Tottenham the following Friday.